Every man will, at some point, be placed in a position of leadership, whether it’s in the walls of his home, a new project at work, a promotion, ecclesiastical services, with friends, or simply leading himself. His ability to lead effectively will spell the difference between success and failure in any endeavor.

Today, I am joined by retired Green Beret Lieutenant Colonel, Scott Mann to talk about how to be a strong leader. We talk about the importance of becoming a great storyteller, how to play your position well and allow others to do the same, why leaders need to learn to get out of the way, and how you can lead from the top.

“Trust has eroded so much in society today that almost 2/3 of Americans don’t trust their neighbors anymore.” Tweet That— Scott Mann 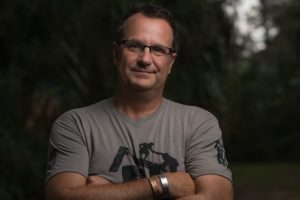 Today, I have the honor of introducing you to retired Green Beret Lieutenant Colonel, Scott Mann.

He is a master at building relationships in high-stakes, competitive environments, as you might imagine. He spent 23 years in the United States Army (18 of which in were spent as a Green Beret) where he specialized in missions all over the world including Colombia, Iraq, and Afghanistan.

He is also a regular contributor on CNN, Fox, and Bloomberg, and many others where he shares his insights and experience when it comes to leading teams effectively.

Obviously, he’s worked in some extremely hostile environments where he’s been able to lead missions effectively through his ability to build trust and credibility where most of that had been destroyed.

“We have to learn to communicate in an environment where there’s no room for failure.” Tweet That— Scott Mann

“We can leverage our trauma to serve others through story.” Tweet That— Scott Mann

Guys, if you have a son between the ages of 8-15, you are not going to want to miss this experience. Creating a rite of passage for my sons has been instrumental in helping usher them into manhood and I recognize a need for that type of experience outside of my home.

That’s why, on September 20-23, 2018, I’m invited you to join me in the mountains of Southern Utah for a physically, mentally, and emotionally demanding week for you and your son(s). You’re going to learn some new skills, gain access to the resources and framework that will help you and your son become better men. And, you’ll have the opportunity to compete with 19 other fathers and sons in some incredible exercises and activities.

If you’re interested, get signed up quickly as space is running out (we only have 7 more spots left). You can learn more at www.orderofman.com/legacy.

“If you want to be the most relevant person in the room, you need to own your life, own your story, then you can own the room.” Tweet That— Scott Mann

“Our struggles are where we’re most relatable.” Tweet That— Scott Mann