It seems to me that a lot of men have a hard time striking the balance between warrior and philosopher. For a long time, I was under the impression that men are either one or the other – the strong, rugged archetype or the smart, intellectual archetype.

My guest today, John Lovell, founder of Warrior Poet Society, makes the case for why and how we, as men can be both. This has been a conversation a long time in the works and John has been requested by you guys countless times. We discuss what it means to be strong and smart, how to apply philosophy practically in our day to day lives, a basic introduction into firearms for everyday carry, and what it means and how to become a Warrior Poet.

“Training is outrageously more important than what model of gun you get.” Tweet That— John Lovell 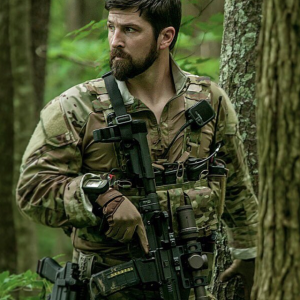 My guest today is someone who you guys have requested so many times and, fortunately, I had the opportunity to sit down with him at SHOT Show in Las Vegas a couple of weeks ago.

Our conversation was bound to happen as his organization, Warrior Poet Society is so closely related to what we’re doing here with Order of Man.

John is a special operations war veteran having served multiple combat tours to Iraq and Afghanistan. He’s also served as a Christian missionary to Central America – which is a testament to the duality of his Warrior Poet philosophy.

And, on top of that, John teaches tactical pistol, rifle, and small unit tactics, and many other classes around the U.S. We had a lot of fun during our conversation and I can’t imagine it will be long before we do it again. Enjoy.

“I don’t succeed in war just to fail in life. That’s not a successful person to me.” Tweet That— John Lovell

“I major in protection, provision, and general leadership.” Tweet That— John Lovell

I made a post on Twitter the other day stating that, “A woman can teach a boy to be a good man but not how to be good at being a man – the distinction between morality and capability. Morality alone is not enough. A man must be capable. And, that is the responsibility of the elder men.”

I believe so much in that statement that we created an experience to help put it into practice. It’s called the Legacy Experience and it’s designed to help you as a father usher your son into manhood by introducing him to the frameworks he’ll need to thrive.

Our event is held June 11-14th in Maine and over the course of 3 ½ days, you and your son will be competing with other men, developing new skills, and forging deeper bonds together.

If you want to learn more and lock in one of the last 5 remaining spots, head to www.orderofman.com/legacy to learn more.

The Antidote to Ego is Self-Awareness
Next Post: You are the Master of Your Domain