Reason seems to be in increasingly short supply, which is unfortunate considering some of the messes we’ve found ourselves in will only be solved through reasonable thought, ideas, and people. Also unfortunate is that those who are the loudest seem to be the most unreasonable and only wish to perpetuate the problems we have in modern society and culture.

Today, I am joined by the one and only, Dave Rubin, New York Times Bestselling author of, Don’t Burn This Book: Thinking for Yourself in an Age of Unreason. What I like most about Dave and this conversation is that he’s willing to talk about the things you’re not “supposed” to talk about including the myth of the gender gap, why “hate speech” should be protected speech, why not everyone is a Nazi as perpetuated by what he calls, the “lefties,” and ultimately how to be reasonable in a world that seems to be anything but.

“If the way you look at the world is only through politics, you will be endlessly miserable.” Tweet That— Dave Rubin 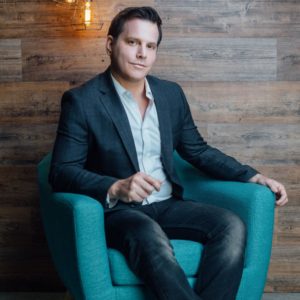 As I said before, my guest today is Dave Rubin and I’m sure many of you are already familiar with him and have some preconceived notions about who he is and what he stands for.

I’ve been following him for some time now and am fascinated with his journey from left-leaning progressive to a free-thinking classical liberal. He is the host of the Rubin Report and spent almost two years touring and opening for his friend and mentor, Jordan Peterson.

His background is in standup comedy but he has become extremely well-known for his podcast where he’s interviewed Jordan Peterson, Sam Harris, Ben Shapiro, Larry King, Dan Crenshaw, Adam Carolla, and so many more.

Today, he’s here to talk with us about thinking freely and openly about some of our culture’s most polarizing subjects.

“Leftists are generally miserable because they’ve taken personal accountability out of their lives.” Tweet That— Dave Rubin

“The idea that we can mitigate risk completely is not possible.” Tweet That— Dave Rubin

Gentlemen, let me hit the pause button on the conversation and introduce you to the Iron Council.

I am amazed by the growth we’ve been experiencing over the past several weeks and I believe it’s because men are beginning to see the value in banding with other men who have their back and want them to succeed.

If you were to strip away everything from the Iron Council, that’s what it’s all about – a band of brothers who will support, encourage, and hold you accountable. And, if you’re like most men, that isn’t something that you have in your life.

And, even if you do, the conversations stay on the surface and never get to the heart of what really matters and all that you’re trying to accomplish as a family man, business owner, and leader in your community.

If you’re ready to forge a powerful bond with like-minded men and chart the path that will lead you to where you want to go, I invite you to join the Iron Council at www.orderofman.com/ironcouncil to learn more and lock in your spot.

America: Land of the Weak, Home of the Afraid?
Next Post: The Power of Uncomfortable Truths | SEAN WHALEN