My guest today needs no introduction. His name is Ben Shapiro and he is likely one of the most polarizing guests that I’ve had on since we started podcasting 6 years ago. But regardless of what you may think about him and his stances on the world’s most pressing concerns, these are exactly the types of challenging conversations we should be having.

Today, we cover a lot of ground including Ben’s new book, The Authoritarian Moment: How the Left Weaponized America’s Institutions Against Dissent. We also discuss the shifting Overton Window in politics, using logic over feelings to create solutions, why many people are “too nice” and losing the cultural battle, and where one needs to draw the line on government overreach.

“Avoiding controversy is priority number one for a lot of corporations.” Tweet That— Ben Shapiro 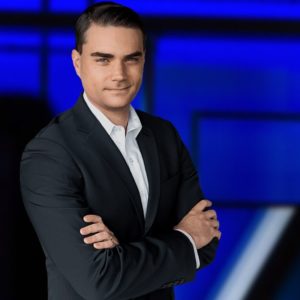 As I mentioned earlier, my guest today is the one and only Ben Shapiro. He is the host of the Ben Shapiro Show, the founder of the Daily Wire, and the New York Times Best Selling Author of How to Destroy America in Three Easy Steps and The Right Side of History.

You’ve likely seen a number of his viral videos and sit on one side of the fence with regards to him. He pulls no punches and, because of that, tends to be a pretty polarizing figure in the political commentary space.

Ben runs one of the largest and fastest growing podcasts and news outlets in the country and has really made a push for engaging in the culture war of America outside of what you would typically consider a news outlet’s role.

“If you only feel pressure from one side, people in the middle tend to cave to that one side.” Tweet That— Ben Shapiro

“Biden ran as a non-Twitter candidate, but he’s governing as a Twitter president.” Tweet That— Ben Shapiro

Gents, I made a few posts on social media the other day about our barn and the upcoming events that we have.

I had a lot of messages about when our next events are and, with winter fast approaching, we’re closing our events down for the season but we will have next year’s dates available very quickly .

Developing a Healthy Relationship with Failure
Next Post: Successful Amateur or Novice Professional