To continue our critical work revolving around the most pressing issues in society today, I have invited Mr. Brandon Tatum on the podcast this week and, this is one of the most powerful conversations that I’ve had to date.

Brandon Tatum is a former All-American football player, police officer, and now, political commentator. He is also the author of the upcoming book, Beaten Black and Blue which chronicles his time as a police officer and the tensions between police officers and the public.

Today, we talk about why the terms “white privilege” and “toxic masculinity” don’t paint an accurate picture of what’s going on in society, America’s place and position on the world stage, the power and undermining of the nuclear family, the modern male’s role in society, the truth behind Marxist movements (including BLM).

“I don’t believe in white privilege. I believe in Christ privilege. If you’re a person that believes in God, there’s no door a man can close that God has opened.” Tweet That— Brandon Tatum 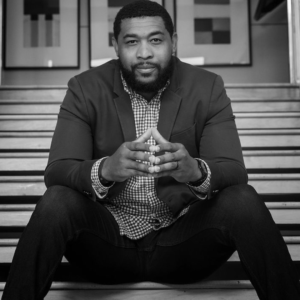 My guest today is the one and only, Brandon Tatum. This man is so insightful and, in the wake of tremendous backlash, has been willing to stand on his own two feet and behind his convictions.

He is a former All-American athlete and a top NFL prospect with the University of Arizona. After going undrafted in the NFL (we talk a bit about why), he set his sight on becoming a police officer and gradually making his way into the political commentary arena and is now featured on some of the top news outlets in the world.

He is the CEO of 3 companies, the co-founder of BLEXIT, and an incredible voice for conservative values and principles. He also talks openly about his conversion to Christianity and is never one to shy away from issues important to him and his views regarding culture and society.

“You can’t save the world and do good in the world if you can’t even take care of your own home.” Tweet That— Brandon Tatum

Man in The Making

He is going to be talking with me about all the uncomfortable topics you dread having but realize the importance of and speaking directly to your son(s) about what they can do as young men to become the men they’re capable of becoming.

If you want to learn more and be the first to be notified when we go live, please head to www.orderofman.com/maninthemaking.

Maintain Your Frame as a Man
Next Post: 7 Relationship Pitfalls Every Man Should Avoid