The topic of money is always a charged one. That’s because everyone wants to build wealth in their lives but don’t always know exactly how or have their own internal dialogues keeping them from doing so. But done the right way, money and wealth can be powerful tools for good in your own life and in the world.

Today, I am joined by one of the most notable people in the world when it comes to the topic of building wealth, Dave Ramsey. And, whether you love or hate him, there is no denying that his message of financial empowerment has reached hundreds of millions of people. Today, Dave and I discuss how money magnifies who you are – good or bad, how to best get a hesitant wife on board with tightening up the finances, where building businesses falls into the wealth equation, how cultural perspectives shape our money decisions, and the step-by-step guide to building your way to wealth. 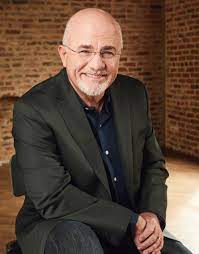 My guest today is Dave Ramsey and, as I said earlier, he is one of the most notable figures in the world of money and finances. He started building his empire (although he doesn’t call it that) 30 years ago from a card table in his house.

Since then, he’s written multiple books including Baby Steps Millionaire and New York Times Best-Sellers, including Total Money Makeover, hosted a podcast that has been downloaded over 1,000,000,000 times, received various awards, honors, and recognition from Radio syndicates all over the world, and served hundreds of millions of people and families in paying off debt and building wealth. He also employs over 1,100 people from Ramsey Solutions outside of Nashville (where I was visiting last week) and has become a force to be reckoned with in the world of personal money management.

“Personal finance is 80% behavior, it’s only 20% head knowledge…we all know what to do.” Tweet That— Dave Ramsey

The most fun you’ll ever have with money is generosity.” Tweet That— Dave Ramsey

No great warrior would ever go into battle without a plan. And, I don’t think it’s wise to go into the battle of your life without a plan either. But where do you start, what do you look for, and what plans do you put in place to reach your objectives?

That’s exactly we built the Battle Ready program – to help you answer those question and more and get your 2022 started off right. When you join the free Battle Ready Course, you’ll unlock access to a series of 17 emails that will help you find the answers to your own questions and challenges, and, you’ll learn a system that has transformed thousands of men’s lives over the past 5 years.

You can get signed up and get started at www.orderofman.com/battleready.