One of our primary responsibilities as men is to protect those we care about. Whether it’s your family, your co-workers, or the citizens of your community, you may face a situation in which you will be called upon to keep people alive. Will you be ready.

My guest today, retired Navy SEAL, Clint Emerson teaches us how to handle emergency threats, what it means to be a violent nomad, and how we can become proficient at the deadly skills we may be forced to use.

“If you understand your opponent’s offense, you can fortify a great defense.” Tweet That— Clint Emerson 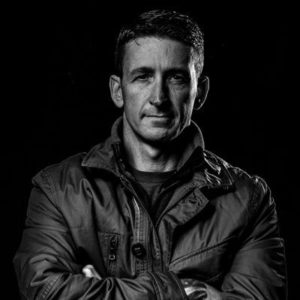 Clint Emerson is a retired Navy SEAL and spent twenty years conducting special ops all over the world while attached to several SEAL Teams – including the elite, SEAL Team SIX as well as the National Security Agency (NSA).

Utilizing an array of practical skills he developed to protect himself while at home and abroad, he created Violent Nomad—a personal, non-kinetic capture/kill program cataloguing the skills necessary to defend against any predator or crisis.

On top of that, Clint owns and operates Escape the Wolf where he words with organizations to mitigate threats, decrease exposure to crisis, and increase survivability in crisis situations.

“In crisis, there is only two things you can control: preparation and response.” Tweet That— Clint Emerson

“Your job is to carry the hammer and drop it when necessary.” Tweet That— Clint Emerson

“There is a difference between vigilance and being a vigilante.” Tweet That— Clint Emerson

“Defense should last about 1 second, then you should be on offense the rest of the time.” Tweet That— Clint Emerson