Home » Blog » MANLY KNOW-HOW » How a Man Throws a Baseball
Whether it’s a paper route, playing catch with your kids, or enjoying a game with the guys, throwing a baseball should be a basic component in every man’s repertoire of manly skills. In fact, there’s noting quite so pathetic as watching a grown man toss the baseball he never learned how to throw (see below).

You may never need to throw a spear (Spartans) or a large rock (Scottish) to kill an adversary. You may never even need to hurl a ball from deep left field to catch a runner rounding third. However, understanding the mechanics and applications of the throwing motion will go a long way in helping you avoid looking like an idiot and more like a man.

Basic Mechanics of a Throw

Every throw has five basic phases that must be carried out in order to gain maximum distance, accuracy and velocity during your throw. The five phases are the windup, early-cocking, late-cocking,  acceleration, and follow through. Let’s break each one down:

The ultimate goal of the windup is to store potential energy ans set the stage for the rest of the throwing motion. If you’re casually playing catch with a friend or your children, a windup may not be necessary. If your desire is to generate the power needed for maximum velocity, you’ll want to make sure your windup motion is accurate.

First, elevate the knee of your lead (glove) leg keeping your weight (or center of gravity) on your plant leg. Keep your arms stationary and at the front of your body at this stage.

At this point you’ll want to stay back on your plant leg for as long as possible. If you do come out of your windup too quickly your body will compensate by using the muscles in your shoulder to launch the ball forward. This, at best, puts unnecessary stress on those muscles and, at worst, reduces the velocity of your pitch.

Once the front leg reaches maximum height, early-cocking begins. This phase marks the transfer of ‘potential energy’ into the ‘actual energy’ needed to hurl a ball at maximum velocity.

The early cocking stage concludes as the lead foot makes contact with the surface of the ground.

Amount the most important factors in the Early-Cocking stage are the stride length and lead leg position relative to the rear foot.

The pitcher’s lead leg should be in line with the rear leg when it comes down from the stride and the foot should point towards it’s intended target.

*The Kinetic Chain describes the order of events or motions that must occur for someone to throw a ball. The kinetic chain consists of the 5 throwing phases: Wind-Up, Early-Cocking, Late-Cocking, Acceleration, and Follow Through (now you can impress your friends with that bit of knowledge).

The next step in the Kinetic Chain is Late-Cocking. Late-Cocking occurs once the lead foot hits the ground. It is signified by the maximum rotation in the throwing arm. In other words, when you’re gearing up for the throw.

The time between when the throwing arm reaches maximum rotation and the ball (finally) leaves the hand is known as the acceleration phase. The angle of the throwing motion and the wrist motion will vary depending on what type of pitch is being thrown (I’ll cover those in a bit).

The time from when the ball leaves the hand to the time the pitching motion is complete, is known as follow-through. This step is an often overlooked phase of the throw because it is a natural completion the the kinetic chain.

It is important to remember that follow-through is extremely important. Many shoulder injuries occur during the follow-through. The energy that was used to accelerate the ball must now be depleted. If you do not follow-through completely with your throw, the shoulder is left with the sole responsibility of this task which could place undue stress on those muscles.

Now that you’re well-versed in the 5 phases of the throwing motion, let’s talk about the types of pitches you’ll want to be aware of. Although there are as many as 8 basic pitches, I’ll cover the most common which included the Fastball, Changeup, Curveball, and Knuckleball. 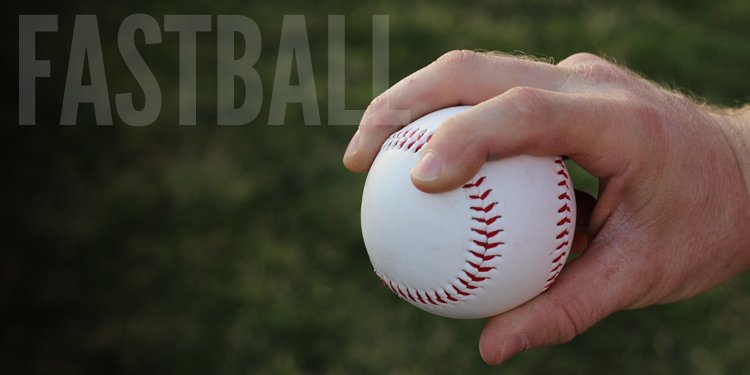 There’s no doubt that you’ve heard of and thrown a fastball. In fact, the fastball is probably the most manliest of all throws. Our fast ball is what we compare when it comes to strength of our arms and the speed of our pitching.

The four-seam fast ball is the most basic off all pitches and everyone throws it. It is designed to be a straight pitch, easily targeted, and as fast as possible.

Side Note: There is also a two seam fast ball where the middle and index finger run across two of the seams of the baseball. Technically it is a fast ball but it is designed to sink to some degree making it harder to throw with accuracy and harder to hit. 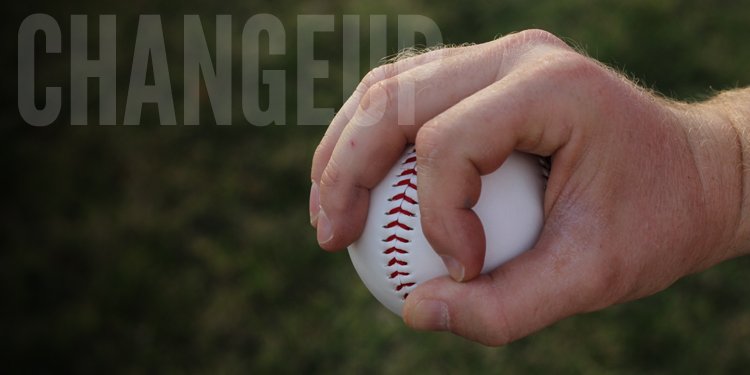 The changeup is designed to look and feel like a fastball to the hitter but the velocity is slower. This is designed to throw off the batter’s timing.

The throwing motion of the ball is similar to that of a fast ball but as you can see in the picture above the grip is different. The grip above illustrated a “circle change” where the thumb and index finger create a circle on the side of the ball.

With this type of grip on the ball it is possible to take 10 mph off the speed of your pitch.

Another Side Note: While I was growing up, I did not have a permanent father figure in my life to show me how to throw a baseball. You could say that I was self-taught. Not that I’m bragging about that though. It wasn’t until my varsity baseball coach informed me that I had been throwing a variation of a changeup my entire life when I should have been throwing a four-seam fast ball. Live and learn! 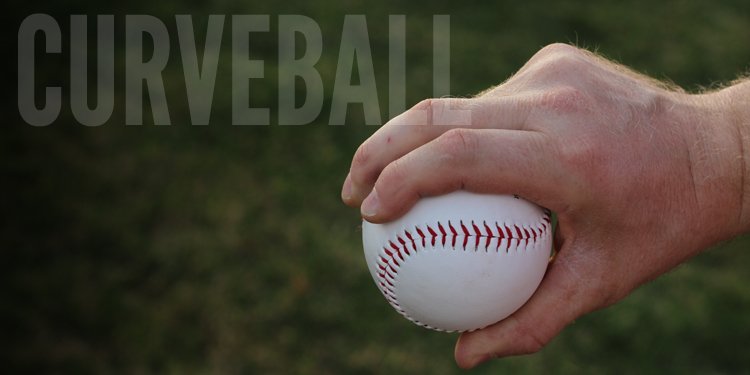 Alright, let’s get to the good stuff. The curveball is likely the funnest pitch to throw. It’s amazing to us men that we have the ability to manipulate a ball the way we can with the curve. I won’t ruin the fun and tell you that it’s all a matter of applying the right physics to your pitch (in fact, that’s all that throwing is).

Unlike the fastball and the changeup, the goal of the curveball is to get the ball spinning from top to bottom. This is accomplished by rotating the wrist to the outside of the ball with the thumb up. When the arm comes down, the ball should roll over the top of your index finger with a top to bottom spin. 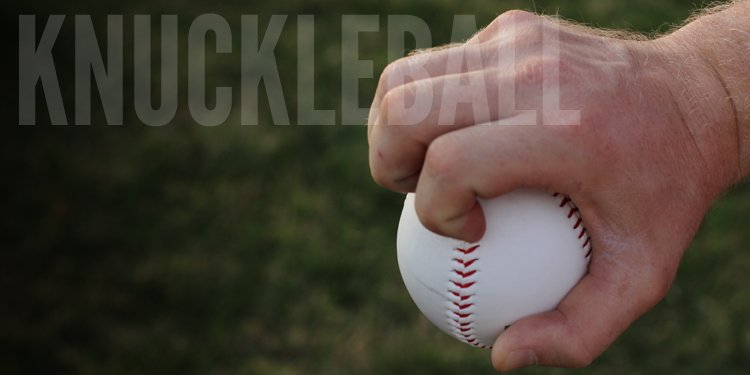 The knuckleball is perhaps the hardest pitch to throw. It’s hard to learn, hard to throw, and hard to control. So, why learn it in the first place?

Designed to be thrown with no spin on the ball at all, the knuckleball is unpredictable in the way it moves. Yes, this makes it hard to throw but it’s even harder to hit.

Work on getting this ball to move with no spin by pushing rather than throwing at release. Once you get no spin on the ball, you’ll see what I mean when I say it’s unpredictable.

Alright men, now you know the Kinetic Chain (Wind-Up, Early-Cocking, Late-Cocking, Acceleration, and Follow-Through) and the four most basic pitches. Now what?

I would suggest that you get out there and practice. Practice with the guys, play catch with your kids, just get going.

And while you’re at it, here’s a handy baseball that you may want to look into purchasing while you’re trying to learn your pitches. It’s going to show you the finger location for each of the basic pitches. A handy tool no doubt!

What did I miss guys? Any other tips, tactics, and tricks I need to be aware of when it comes to properly throwing a baseball? Leave me a comment below and keep the discussion going.