Adversity is absolutely something all men deal with. So, what separates those who crumble in the face of it and those who rise up?

That’s exactly what my guest, former Navy SEAL Jason Redman, is here to talk with me about today. In today’s conversation, we cover his incredible journey from being badly wounded from an enemy bullet through the face and arm to an incredibly successful business owner and public speaker. We also cover how to discover your purpose, build up mental fortitude and resilience, compete with the most successful people on the planet, and, ultimately, how to crush adversity.

“The more I told my story, the less the dark side of my story owned me.” Tweet That— Jason Redman 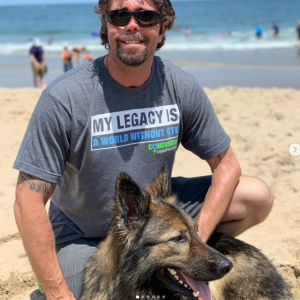 He spent 11 years as a Navy SEAL and was badly wounded on the battlefield in Iraq where he earned the Bronze Star Medal with Valor, Navy Commendation Medal, and Purple Heart among other medals and acknowledgments.

After retiring from the military in 2013 he went on to found a non-profit called Wounded Wear which provides tailored clothing for wounded warriors. And, in addition to that, he’s written several books about his experience in combat as a leader on the battlefield and is a New YorkTimes Bestselling Author. Today, he is here to share his lessons from battle.

“We create stories in our minds that we believe are true. But I tell people it’s never too late. You can come back from anything.” Tweet That— Jason Redman

“I finally realized there was only one person to blame and it was me.” Tweet That— Jason Redman

I’ve got to a point in my life (especially since I’m a father) that what will remain long after I’m gone has become important to me. And, I’m sure if you’re a father, you feel the same way.

And, as a father, the lessons and experiences you share with your son are critically important to you. That is why we started the Legacy Experience. It’s a 3 ½ day event in Maine designed to give you the tools, framework, and guide to usher your son into manhood.

In the face of society’s confusion about masculinity and manliness, it’s critical that we, as our son’s fathers, teach them the truth about the path from boy to man. Over the course of 3 days, you and your son will be tested physically, mentally, and emotionally and given the opportunity to forge deeper bonds between you and him.

To lock in one of the ten spots remaining, head to www.orderofman.com/legacy.

Prepare or Die
Next Post: 7 Books Every Man Should Read | FRIDAY FIELD NOTES