The world (and our social media accounts) are flooded with a false sense of bravado, machismo, and the “alpha” mentality from men who, when you peel back the layers, are dealing with some very difficult and challenging experiences and struggles.

Unfortunately, many of them have never learned to deal with these experiences head on and end up doing a lot of mental and emotional damage to themselves and others along the way.

My guest today, is Jason Wilson, the author of Battle Cry: Waging and Winning the War Within. Today, Jason and I discuss why men have a hard time addressing and dealing with these wounds, the difference between being worried and being concerned, his own experiences with unhealed trauma, what it means to be a comprehensive man, a four-part framework for mastering your emotions, and how you can and should embrace in your inner lion and lamb.

“The word nice is really not a good word, it borderlines naivete.  You want to be kind and gentle.” Tweet That— Jason Wilson 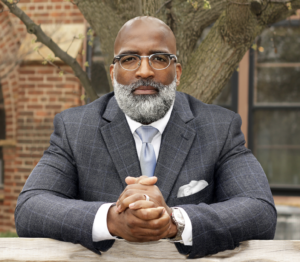 My guest today is the one and only Jason Wilson. He is the author of Battle Cry: Waging the War Within and Cry Like a Man. He is also a father, husband, martial artist, and founder of The Cave of Adullam.

The Cave of Adullam is a program designed to teach young men life skills and how to deal with the difficulties and challenges of being a young man through the practice of martial arts. You’ve probably seen a few of his viral videos that have been viewed tens of millions of times all over the world.

I’ve been following Jason for years and, admittedly, I initially struggled with his message (we talk about that in the podcast) but frankly, his approach to men and emotions is refreshing. And, I’m honored I had the chance to sit down with him in person last week in Detroit. Enjoy.

“The world needs the lion and the lamb.” Tweet That— Jason Wilson

“The hardest thing for a man to do is deal with himself.” Tweet That— Jason Wilson

Guys, I’ve been traveling extensively over the past several weeks and after doing several meetups locally with men, I have realized (or confirmed) that what we desire is to find like-minded men to engage in this battle with.

And, although getting together locally can never be truly replaced, our exclusive brotherhood, The Iron Council is a powerful tool for connecting with like-minded men literally all over the world. And, I know exactly how challenging it is to band with – or even find – other men on the same path as you.

And, that’s exactly why we’ve created inside our exclusive brotherhood where you’ll find these men, engage in assignments and challenges, and build out the accountability you need to take your life to the next level.

And, if that’s what you’re looking for, join us today at www.orderofman.com/ironcouncil.

Predator or Prey?
Next Post: Developing a Healthy Relationship with Failure