Last week, at Origin Immersion Camp, I had the opportunity to sit down with my good friend, former Navy SEAL, and director of experiential leadership training programs for Echelon Front, JP Dinnell. We didn’t have a lot of time but we got into some subjects that him and I have never discussed before and I know you’re going to get a ton of value from

We talk about the relationship between trust and influence, allowing the people you lead to come up with solutions to their own problems, why you need to avoid creating dependency from others and how to do that, the concept of working, “up and out,” teaching how to think vs. what to think, and how to pray and work with intent.

“In order to lead others, you have to give them ownership.” Tweet That— JP Dinnell 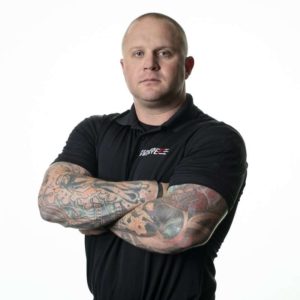 My guest today is JP Dinnell. He’s an absolutely incredible human being. He spent nearly a decade in the SEAL teams. In fact, he served as point man, machine gunner, and lead sniper for Delta Platoon opposite the American Sniper, Chris Kyle, who was in Charlie Platoon.

He was awarded a Silver Star, 2 Bronze Stars with Valor and was a member of Task Unit Bruiser – the most highly-decorated special operations unit of the Iraq War.

JP brings his extensive knowledge and experience from the battlefield to individuals and corporations through the world to help them get on the path and succeed at the highest levels. Enjoy.

“I was lacking discipline because I was lying to myself.” Tweet That— JP Dinnell

Allow your team to come up with solutions to problems on their own.” Tweet That— JP Dinnell

Guys, good news, our exclusive brotherhood, the Iron Council is going to be opening up in mid-September. If you’re not familiar with what the Iron Council is and what it’s all about, head to www.orderofman.ocm/ironcouncil to watch a quick video and see what it is we do to give men the tools and resources to succeed in every aspect of life.

In the meantime, be sure to join our Battle Ready program at www.orderofman.com/battleready. When you do, you’ll get access to a series of free emails that will get you on the path to success whether you join the Iron Council or not. And, if you do decide to join us in September, you’ll be lightyears ahead of the pack having gone through the Battle Ready program.