You know as well as I do all the cultural dangers ourselves, families, and communities are presented with. And, as much as we’d like to pin it on some politician or outside factor beyond our control, the bigger issue is that the greatest threat is ourselves and our unwillingness to face the challenges that we see.

My guest today is Kirk Cameron. He is an actor and is most well-known for his character, Mike Seaver on the 80’s hit sitcom, Growing Pains. Today, Kirk and I talk about what he dubs the “moral meat grinder,” why direction is more important that perfection, the power of divine intervention and guidance, the deconstruction of society, and how to become a man of faith and character.

“Challenges will either make you stronger or reveal your weakness.” Tweet That— Kirk Cameron 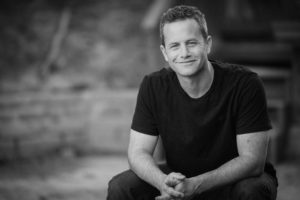 My guest today is Kirk Cameron. He is an actor best known for his role as Mike Seaver in the 80’s sitcom, Growing Pains. But since then, he has invested his time, attention, and energy into producing faith and family-focused films and projects.

He’s been featured recently for his American Campfire Revival and in September releasing his newest feature film, LIFEMARK about the value of the womb and the beauty of adoption.

Admittedly, Kirk is a bit of an anomaly in the entertainment industry for his outspoken conservative views on societal issues and his faith. Which, frankly, makes him stand out as someone who is willing to standby his convictions.

“Each of us has a critical role to play.” Tweet That— Kirk Cameron

“We need strong men of faith and character.” Tweet That

Gents, you might already be aware but I have a brand new book hitting the shelves on September 27th called, The Masculinity Manifesto. In it, I make the case the men are not the enemy of society and are, in fact, an integral part of the solution to what ails us.

I cover the “Mindsets of Masculine Leadership” and, most importantly, break down characteristics and behaviors in men and how to harness them for productive outcomes for society as a whole.

I’m planning on going big with this book and I need your help to get the word and mission out. Pre-order it now wherever you get your books!