Too many men are reliant on others to save them when it all hits the fan. And, while there may be someone there to rescue you in your greatest time of need, it’s critical that we all learn to take care of and protect ourselves.

That’s why I wanted to have Pat McNamara join me on the podcast. As a 22-year military veteran and someone who has dedicated his life to making himself more capable in the direst times, he is uniquely qualified to talk about situational awareness, staying on the alert, being prepared but not paranoid, and making yourself a sentinel 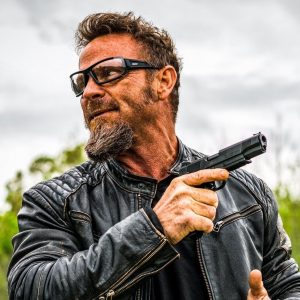 My guest today is a man who needs no introduction. His name is Pat McNamara and he is one of the baddest men on the planet.

As I mentioned earlier, he is a 22-year military veteran and has served in a myriad of special operations units. Through his military service, he began to develop his own training methodology combining safety, continuous critical thinking, and effectiveness.

In addition to that, he is an author of Tactical Application and Practical Shooting and Sentinel. Today, he joins me to talk about making yourself a more capable protector.

“Some people are just born to be sheep. So, I’m going to protect them whether or not they want it. I’m there for them.” Tweet That— Pat McNamara

“Be the acting agent of your own executive security detail.” Tweet That— Pat McNamara

Gentlemen, we had such a huge success with the inaugural Order of Man Maine Event that we decided to get you the dates as soon as possible for the next one.

It’s going to be held in Maine on May 29-31st, 2020. I know that’s a ways away but I wanted to give you plenty of notice to secure your spot to an event that has the ability to transform the way you look at your life as a man.

The institutions we once used to band with other men are dwindling and being dismantled. And, that’s why it’s critical you find new and improved ways of banding with men who are on the same path as you. And, that’s exactly what you’re doing to get when you join us for 2 ½ days of brotherhood, camaraderie, and instruction.

To lock in your seat at the table, head to www.orderofman.com/ironcouncil.

Don’t Be Your Wife’s Child
Next Post: JOCKO WILLINK | Leadership Strategy and Tactics