Gentlemen, my guest today is 4-time CrossFit Games Champion, Mat Fraser. I’ve always been fascinated with what makes some of the most successful men on the planet tick. That fascination became the foundation for this podcast and I can’t tell you how honored I am to have this man, Mat Fraser, – someone I’ve admired and respected for years – join us to talk about his unusual and extraordinary effort and work ethic.

We talk about his background in Olympic Weightlifting, building self-sufficiency, the need for sacrifice and singular focus, how to establish your core values and rules for life, the power of obsession, and ultimately, his path to becoming the Fittest Man on Earth.

“I wanted a security blanket to fall back on before I went all-in.” Tweet That— Mat Fraser 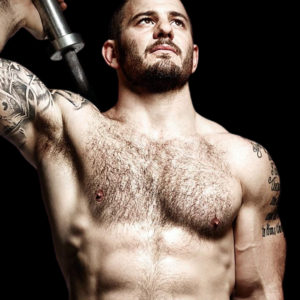 My guest today is 4-time CrossFit Games Champion, Mat Fraser. In an ultra-competitive environment, he has found a way to apply himself and achieve insane amounts of work ethic and drive to become the best in his field – for years!

He comes from an Olympic Weightlifting background had planned on going that route until he suffered a back injury in 2009 before shifting his focus to CrossFit.

Most of you are probably familiar to some degree with Mat and I’ve been following him for years now but I was surprised at his level of humility. In fact, he’s probably one of the most down-to-earth men I’ve had on this podcast in spite of his tremendous level of success and accomplishment.

I hope that you enjoy listening to our conversation as much as I enjoyed having it.

“It’s not the money that I’m chasing, I just love competing.” Tweet That— Mat Fraser

“There are all these external signs of success that other people set and you can easily fall into the trap.” Tweet That— Mat Fraser

Gentlemen, I know that last week I told you about this month’s topic inside the Iron Council but I thought I’d bring it up again because, after the first week of our discussions and challenges, it is apparent how important the relationship is between a man and his father.

And, it’s apparent that many of us men have estranged relationships with our dad. This is unfortunate since most of us have learned (for better or worse) how to show up as a man from our fathers.

When you band with us in the Iron Council, you’ll be able to join in on these powerful conversations and participate in the challenges designed to push you into the deep end of your past, your potential, and the narratives you consciously or subconsciously lived your life by.

If you’re ready to make a change and step into the man you’re capable of becoming, join us at www.orderofman.com/ironcouncil.

The Power of Shared Principles
Next Post: The Path To Redemption | WES WATSON