As many of you know, several years ago, I immersed myself in Brazilian Jiu-Jitsu and, frankly, it’s been one of the best things I’ve done for myself in my entire life. And, today, I am joined by a man who has done a tremendous job in getting the art to the masses by codifying a system of learning Jiu-Jitsu that has trained and developed tens of thousands of martial artists.

His name is Rener Gracie, a 4th-degree black belt, the grandson of Helio Gracie, and the founder and chief instructor of Gracie University. We talk about the system he and his brother created, the differences between sport BJJ and combat BJJ, building legacies, training our police force to handle themselves, and how to develop a level of comfort in chaos. 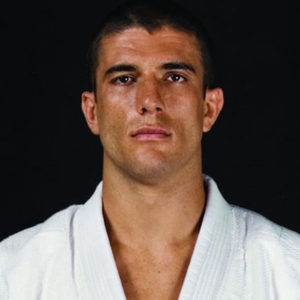 My guest today is Rener Gracie. He is the grandson of the man who brought Brazilian Jiu-Jitsu to America, Helio Gracie. He is a 4th-degree black belt and is the founder and lead instructor of Gracie University where he has instructed thousands of men, women, and children in the art of BJJ.

He’s also extremely innovative and forward-thinking and has created programs specifically designed for law enforcement, women, and children (through their Gracie Bullyproof program).

In addition, he trains many top-level fighters including UFC’s Brian Ortega. Needless to say, the man knows what he’s doing and he comes from a long line of very capable and proficient tacticians.

“Cops are the most under-trained professionals in America. There’s not another profession in the country where we ask them to do more with less.” Tweet That— Rener Gracie

“How assertive you set a boundary is a function of how capable you feel of enforcing the boundary.” Tweet That— Rener Gracie

Most of the men who join our exclusive brotherhood, the Iron Council, do so to gain some level of accountability. In fact, that is one of the main reasons I started the organization.

But with as many men who are looking for some level of accountability from the programs, masterminds, and brotherhoods, they participate in, few offer as much accountability as we have built into the Iron Council.

When you band with us, not only will you get access to the 820+ men who belong to the Iron Council but you’ll also have the opportunity to join a Battle Team of 15 men who will hold your feet to the fire.

And, with the addition of our new Battle Planning App (included in membership), you’ll have the metrics and data needed to achieve at every aspect of your life.

If you’re looking for added accountability in your life and you want the tools and systems needed to thrive, join us at www.orderofman.com/ironcouncil.

Men, Tend Your Field
Next Post: Life Lessons Learned at 40