If only more of us, as men, learned more about the laws of power and the dynamics of human nature, we’d be able to lead others more effectively. Unfortunately, many men believe that even exploring these concepts is an immoral pursuit. And, although they can be used to hurt others, they can also be used to fulfill our responsibilities to protect, provide, and preside.

Today, I am joined by multiple New York Times Bestselling Author, Robert Greene to talk about the negative stigma that comes with power and human nature dynamics. We also cover embracing weirdness, what he refers to as “power games,” how life isn’t always a win-win, why so many people have incorporated whining as a tactic for power, and why manipulation isn’t inherently wrong.

“Sometimes the weirdest, toughest, and most unpleasant times are the most interesting times.” Tweet That— Robert Greene 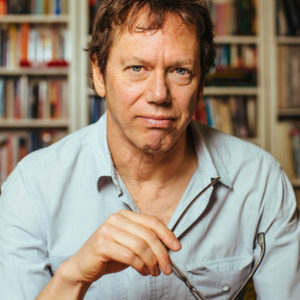 My guest today is the one and only Robert Greene. Needless to say, his writings and teaching have inspired much discussion and controversy about the laws of human nature and how to harness them effectively.

He is the author of many books including The 48 Laws of Power, The Art of Seduction, Mastery, and The Laws of Human Nature. And, for over 25 years, he’s been researching, studying, and sharing lessons about how people behave and why they do what they do.

This one was a very enlightening discussion and gave me some tremendous insight into not only how Robert’s mind works, but other humans as well.

“The people who have it hard and only know the worst side of life, they’re often the ones that figure it out the best because they understand the reality of life.” Tweet That— Robert Greene

“We as humans are defined by our resilience. It’s made us who we are today.” Tweet That— Robert Greene

Gents, obviously, we’ve been talking a lot about how humans behave and, along those same lines, I’ve found that one of the things we, as men, crave most is other men who are willing and able to walk shoulder to shoulder with us in life.

Of course, there is the camaraderie of brotherhood but the accountability that comes from surrounding yourself with successful men cannot be overstated. That’s why the Iron Council, our exclusive brotherhood, is so powerful.

Inside the Iron Council, you’ll unlock access to the network of men you can count on to push, teach, mentor, and band with you. And, you’ll also find the framework needed to thrive in a world that continues to grow more complex and competitive by the day.

If you’re ready to band with a solid group of men, join us inside the Iron Council at www.orderofman.com/ironcouncil.

Avoid Burnout in Your Business and Relationships
Next Post: The 1˚ Difference