It’s easy to get caught up in complaining without moving into the next logical step – solutions. Let’s be honest, there is a lot to complain about in today’s cultural and political climate. But unless we’re willing to do something about the injustices we see in society, complaining is nothing more than empty gestures and platitudes. It was Plato who said, “The price good men pay for indifference to public affairs is to be ruled by evil men.”

Today, I’m joined by former Navy SEAL and cultural podcast host, Shawn Ryan. We talk about why politics and entertainment seem to be more about creating controversy than anything else, the hypocrisy in elected officials on both sides of the aisle, the impending danger of an open US border and Chinese globalization, raising kids in positivity, and why instead of simply complaining, we must be willing and able to do something about it.

It shouldn’t be about votes, it should be about what’s best for the country.” Tweet That— Shawn Ryan 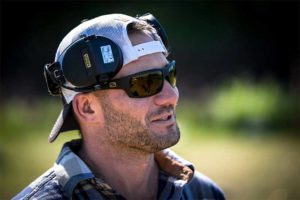 My guest today is former Navy SEAL and CIA Contractor, Shawn Ryan. Shawn served with 14 years of combat experience and over 20 deployments to combat zones in 14 different areas of operation.

He since founded Vigilance Elite in 2015 to provide training to civilians and the law enforcement community. And, he has also become a powerful voice of reasonable, sound cultural commentary on everything from open US borders, Chinese globalization, drug and human trafficking, and global warming solutions.

You have to bring positivity home.” Tweet That— Shawn Ryan

The Iron Council is officially open for the next 3-4 days. So, if you’ve been considering how you can make the most of 2023 in new and improved ways from 2022, this is the place for you.

One of the most advantageous benefits to the Iron Council is that you’re going to have the ability to work on a Battle Team – a tight-knit group of 10-15 men working to help you flesh out your objectives and holding you accountable to making them a reality.

You’ll also be able to participate in highly specific conversations on only the topics most relevant to you like firearms, physical fitness, fatherhood, overcoming alcohol and pornography addiction, and dozens of other powerful topics we have available.

Remember, we’re only open for another 4 days so head to www.orderofman.com/ironcouncil to watch a quick video and get banded with us today.

The Path to Emotional Sovereignty | FRIDAY FIELD NOTES
Next Post: JOHNNY LORETI | Fitness as the Foundation of Success