If you turn on the news or any social media apps, you’re likely to be met with a myriad of fantastic headlines, the latest political scandal, racial tensions, violence, or any number of issues these outlets use to get our attention. Of course, most of this is exaggerated to get us worked up without providing any real solutions to some of the issues that actually exist.

My guest today, Suresh Madhaven, and I begin to break down some of these issues and work towards unpacking and discussing solutions rather than focus on the outrage that is used against us. We talk about the importance of men’s rites of passages, breaking down the concept of systemic racism, crying wolf on the real issues, movements against masculinity, and the role of men in a fatherless society.

“The breakdown of the family structure in the African American community is horrific.” Tweet That— Suresh Madhaven 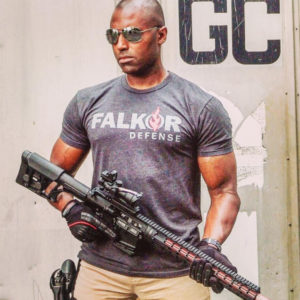 My guest today is a fascinating individual. His name is Suresh Madhaven and he is a 13-year veteran police officer and the founder of the extremely successful, 221B Tactical which provides law enforcement officers innovative protective gear.

He’s got some incredible insight into some of the most polarizing subjects today and as a black police officer has seen both sides of the increasing issues and tension between the public and law enforcement.

It’s always been my goal with the podcast to have powerful conversations with men from all walks of life so we can all round out our perspective of masculinity and our role in society. This one, gentlemen, does not disappoint.

“We need more police training, but we also need a better understanding from the public of what police work actually entails.” Tweet That— Suresh Madhaven

Man in The Making

Men, I’m excited to announce that the Order of Man Empire is expanding as my son will be launching his own podcast in the coming weeks called, Man in the Making.

He’ll also be interviewing successful men and learning from them how a boy becomes a man. If you’re a father of a son, this is going to be an incredibly powerful resource for you!

To learn more and to get notified when the podcast drops, head to www.orderofman.com/maninthemaking.

The Origin of Order of Man
Next Post: Maintain Your Frame as a Man