Home » Blog » LEADERSHIP » The Man in the Arena | EDDIE GALLAGHER

Most of the men listening to this podcast are familiar with Theodore Roosevelt’s speech “Man in the Arena,” and most of us know what it’s like to be mocked, criticized, and ridiculed for the way we live our lives.

Very few of us have ever had to fight like today’s guest, Eddie Gallagher, in order to secure our freedom and lives. Accused of war crimes, Eddie Gallagher spent 9 months in prison facing a potential life sentence. Against insane odds and the deck being stacked against him, Eddie (along with his wife, brother, and the help of thousands of others) successfully secured his freedom and his status as a US Navy SEAL. This is part of his story…

“When my command was fully onboard with throwing me away, it was one of the most disheartening things that could have happened.” Tweet That— Eddie Gallagher 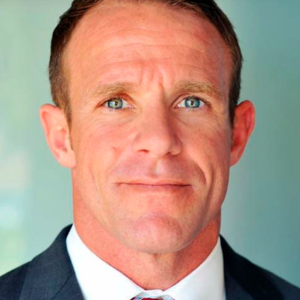 My guest today is someone a lot of you are extremely familiar with. His name is Eddie Gallagher and he is a retired Navy SEAL and came under national attention when he was charged with war crimes while conducting operations in Iraq.

He is also the author of his upcoming book, The Man in the Arena: From Fighting ISIS to Fighting for my Freedom where he documents his insane experience of being falsely accused of war crimes, how his family and the country fought for his freedom, and the truth about how President Trump helped his cause.

This guy is extremely humble and down to earth and, as I talk about with him during the conversation, seems to be an incredible father and husband to his children and wife. I know you guys are going to enjoy this one. Make sure you pre-order his book at www.eddiegallagherbook.com because you’ll get a special pre-order package when you do.

“While I was locked up, the hardest part was losing my sense of control.” Tweet That— Eddie Gallagher

“We’ve become so fake as a country that the truth offends people.” Tweet That— Eddie Gallagher

Yeah, sure, you can do life alone and hope that it all plays out for you (and maybe it will) but I can assure you that from personal experience, having a brother who has your back and will hold you accountable to maximizing your potential is a powerful factor.

And, that’s exactly what you’re going to find inside the Iron Council. You’ll have the opportunity to band with “Battle Brothers” who will help ensure you stay the course and achieve all that you set out to achieve in 2021.

If you want to learn more about Battle Brothers and all the Iron Council has to offer, join us at www.orderofman.com/ironcouncil.

What’s Your Call on 4th and 10?
Next Post: Elevate Your Problems