Increasingly, it seems to be that we’re losing much of the common sense that we, collectively, once possessed. Common sense has been replaced with quick sounds bites, “clapbacks” on social media, and manufactured outraged designed to drive clicks and capture eyeballs and attention.

But my guest today is using his voice, social media, and any other platform available to share his common sense, rational approach to some of the world’s most pressing concerns. His name is Zuby and I know many of you are already very familiar with his work. Today, we talk about the dangers of tribalism, the motives and intentions of our government overlords and elites, how to have real conversations that actually drive change, why empathy is crucial in dialogue, and how to recapture common sense in uncommon times.

“Being a powerful communicator…is rare and is a little bit of a super power.” Tweet That— Zuby 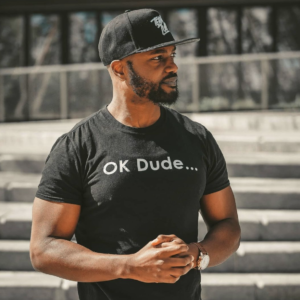 My guest and friend, Zuby, is back on the podcast today and, since we had him on almost two years ago, his reach and impact have only grown exponentially. We talk about why that is but to give you an idea, he has over 500,000 followers on Twitter and nearly 1,000,000 across all of his social media platforms.

Zuby is a graduate of Oxford University, a rapper, podcast host, entrepreneur, and public speaker and, during today’s conversation, you’re going to hear why his message continues to resonate with the masses. Enjoy.

“There is always going to be a trade off between freedom and liberty and at least the perception of safety and security.” Tweet That— Zuby

“By definition, you can’t see your own blind spots.” Tweet That— Zuby

We’ve all heard the term, “my truth,” and while it is a complete misnomer (there is only the truth and your perception of it), it is important to realize that the circumstances you find yourself in are largely within your control.

And, for the month of September, inside the Iron Council, we’re going to be talking about how to take charge of your current reality and shape it in a way that serves you and the people you care about best.

When you band with us inside our exclusive brotherhood, you’re going to unlock access to almost 1,000 other highly motivated, high-achieving men all working to craft a reality that most men simply dream about.

So, if you’re ready to take your life to the next level and you understand that, in order to do that, you’re going to need to be challenged and pushed outside of your comfort zone, join us inside the Iron Council today at www.orderofman.com/ironcouncil.

When Vision Becomes Reality
Next Post: Rebuild and Remake Yourself