Men, myself included, have a tendency to focus outside of themselves. What do I have to get done? Who is relying on me? What do they need from me right now?

And, while those are noble thoughts and ambitions, it’s very difficult to sustain for any measurable amount of time without working first on ourselves.

My guest today shares how, when we take care of ourselves the right way, we will be in the best position to help others.

“Not having a male presence in my house had an incredible impact on how I showed up in the world.” Tweet That— JuVan Langford 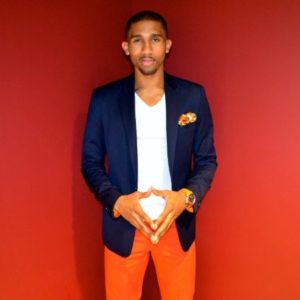 Between losing his father to Leukemia and mother’s battle with substance abuse, he was legally adopted by age 4.

Raised on Vernon Hill in Worcester, Massachusetts, an area known for gang violence and drug abuse, JuVan was surrounded by many examples of what not to do. Fortunate enough to have powerful men show up and take a stand for his life, who he calls mentors, JuVan was given the tools to break the vicious cycles of drug addiction and financial bondage in his family.

Today, mentored by some of the most influential men in world, he travels the globe authentically sharing and mentally grooming young men and women to see beyond their circumstances. His original YouTube series, Thought Life, is an extension of JuVan’s commitment to ensuring that all young people have what they came for.

“Sports have truly been a gift to me especially when it comes to life lessons.” Tweet That— JuVan Langford

“It’s up to us men to do the work, the inner work, the transformation.” Tweet That— JuVan Langford

The MENtour™ is a national male teen empowerment tour designed to effectively address the academic, social, emotional and behavioral gaps of high school male teens. Directly aligned with level two of the Response to Intervention (RTI) Model, Targeted Intervention, The MENtour™ is designed as an interactive developmental workshop that provides students with tools to make healthier choices both inside and outside of the classroom.

Joining The Men on the tour will be a host of male speakers, coaches professional athletes, conscious leaders, online influencers, educators and passionate men who champion the mission and vision of The MENtour™, which is to hold space for young men to reframe the stories that are not serving them so that they can show up as powerful and productive members of society. We invite you to download our press kit for additional information.

“If every man waiting until he was qualified to take action there would be no world.” Tweet That— JuVan Langford

What Makes a Man (AIM)

“What’s standing in the gap for men is us thinking that there’s no strength in vulnerability.” Tweet That— JuVan Langford