If you didn’t believe in the inherent value of masculinity, you wouldn’t be here listening to this podcast. But you are so I know that you believe in the message to reclaim and restore masculinity in a world that has been constantly distorting what it means to be a man, undermining the value men bring to society, and signing masculinity off as a socially constructed and antiquated behavior of men.

That’s why the conversation I have with repeat guest, Stephen Mansfield is so crucial. He has been championing noble manhood for years and I could not be more honored than to call him a friend.

Today, we talk about the culture of men, the critical importance of a man’s legacy, the fire of heritage, rituals, a man’s warrior spirit, and why we must all fight to forge noble manhood.

“A man who is self-defined is defined by a fool.” Tweet That— Stephen Mansfield 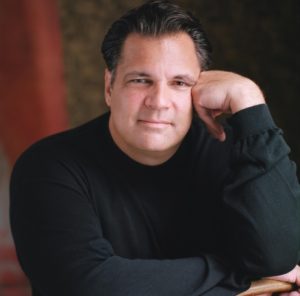 My guest today is my good friend and repeat guest, Stephen Mansfield. As I said previously, he has been a champion of noble manhood for years and has been a huge support and advocate for what we’re doing here at Order of Man. In fact, he was gracious enough to write a powerful testimony for my book, Sovereignty: The Battle for the Hearts and Minds of Men.

Stephen is a political commentator, founder of Greatmen.tv, and New York Times Bestselling author and has written many incredible books including, Mansfield’s Book of Manly Men, Building Your Band of Brothers, and his latest (which he is here to talk with us about today), Men on Fire.

“I don’t want to turn off the rough nurturing I’ve had in my life. It’s what’s made me who I am.” Tweet That— Stephen Mansfield

“The culture of men needs to happen away from women.” Tweet That— Stephen Mansfield

Fathers, on September 3rd-6th we’re going to be hosting our first-ever Legacy experience in Maine.

You and your son (between the ages of 8-15) are going to come to my property to be pushed to the max physically, mentally, and emotionally. And, all of it is designed to equip you and your boy with the tools needed to thrive in the crazy world in which we live.

If you’re anything like me, ensuring your son becomes the man he is capable of becoming is what keeps you at night more than anything else. And, when you come to the Legacy experience on September 3rd-6th, you’re going to be working alongside me and my boys and 19 other fathers/sons to ensure you have everything you need to help your boy become a man.

If you want to learn more and lock in your spot, go to www.orderofman.com/legacy.

STEVEN PRESSFIELD | The War of Art
Next Post: How to Harness Your Emotions