What does it mean to be a man? It’s a question I’ve asked all 38 podcast guests up to this point. And, it’s a question that is difficult to answer.

My guest today, Stephen Mansfield, breaks it down piece by piece as he talks about rites of passage, the need for excitement and adventure in men’s lives, and how to build a band of brothers.

“We’re living in a time where manhood is failing more than ever.” Tweet That— Stephen Mansfield 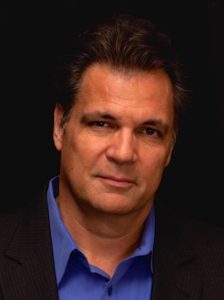 Stephen Mansfield is a New York Times bestselling author and a popular speaker who advises leaders worldwide. He is also a regular commentator on FOX News and CNN.

He first rose to global attention with his groundbreaking book The Faith of George W. Bush, an enormous bestseller that Time magazine credited with helping to shape the 2004 U.S. presidential election. The book was also a source for Oliver Stone’s award-winning film “W“. Mansfield’s The Faith of Barack Obama was another international bestseller. He has written celebrated biographies of Booker T. Washington, George Whitefield, Winston Churchill, Pope Benedict XVI, and Abraham Lincoln, among others. Publishers Weekly described his book, Killing Jesus, as “masterful.”

Stephen’s humorous but fiery Mansfield’s Book of Manly Men has inspired men’s events around the world. His more recent The Miracle of the Kurds has been selected as “Book of the Year” by Rudaw, the leading Kurdish news service. As a result of this book, Mansfield has become a leading voice in support of the Kurds against the evils of ISIS in the Middle East.

Stephen speaks widely about men, leadership, faith, the lessons of history, and the forces that shape modern culture. He is also a much in-demand leadership advisor whose firm, The Mansfield Group, is located in Washington DC.

“If a man doesn’t understand how he’s made and what he needs and who he is, he’s not going to be satisfied.” Tweet That— Stephen Mansfield

“Men need some controlled wildness in their lives.” Tweet That— Stephen Mansfield

“To be a man is to own your “field” before God.” Tweet That— Stephen Mansfield

Gift Giving Guide for the Ladies in Your Life
Next Post: 10 Real and Ridiculous Questions About Growing a Beard