Home » Blog » INTELLECT » A List of Legitimate Excuses for Mediocrity 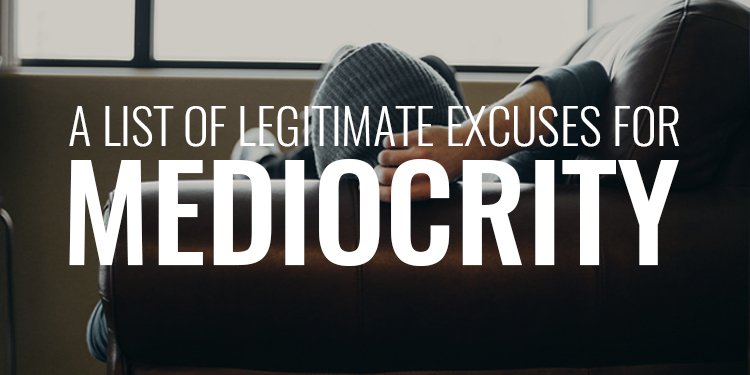 Are you kidding me?!

There are absolutley NO legitimate excuses for mediocrity.

Stephen Hawking, a world-renowned physicist, was diagnosed with ALS (Lou Gehrig’s Disease) when he was 21 and could not speak or walk.

Vincent Van Gogh, one of the greatest painters who ever lived, struggled with depression and mental illness much of his life.

Albert Einstein, a man who’s name is synonymous with intelligence, had a learning disorder and couldn’t speak until he was three.

Erik Weihenmayer, a man who climbed the seven highest peaks on each of the seven continents and kayaked 277 miles down the colorado river, is blind.

What we believe are excuses are simply barriers. None of them valid and all of them can be overcome.

Get back to it.