Politics is just something we don’t talk a whole lot about in the Order of Man movement. I think it’s clear why. Masculinity isn’t reserved for one side of the political aisle but I do believe there are some underlying principles of masculinity (and the betterment of society) that tend to be politicized.

And, so, I’ve rejected the notion of talking about politics or being even remotely political but it’s clear to me that these are conversations that need to be had. And, I can think of no better person to talk with us about it today than Sean Parnell, an Army Ranger veteran, New York Times Bestselling Author, and candidate for Congress. Today we talk about servant leadership, the American Dream, trust, power grabs, and men in politics.

“It’s the job of a leader to show up and serve the people that work for him, not the other way around.” Tweet That— Sean Parnell 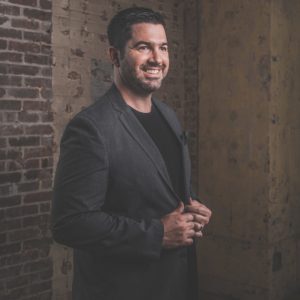 My guest today is Sean Parnell. He served as an Army Ranger with the 10th Mountain Division. His platoon, nicknamed “Outlaw Platoon” killed over 350 enemy fighters in some of the biggest firefights in the Afghan war.

Upon returning to the states and after serious injuries (including neurological injuries), Sean was medically discharged from the military. He went on to write his New York Times Bestselling book, Outlaw Platoon, and is now a regular contributor on Fox as well as appearances on CNN, MSNBC, and many others.

He is also the co-founder of the American Warrior Initiative and has since thrown his hat in the ring of politics and is running for Congress in Pennsylvania’s 17th Congressional District.

“In a crisis, no course of action is without risk.” Tweet That— Sean Parnell

“Leadership is about bringing people together, focusing on commonalities, and showing up for everybody.” Tweet That— Sean Parnell

LEGACY and the MAINE EVENT

If you’re ready to have these conversations, challenges, accountably, brotherhood, and more, join us at www.orderofman.com/ironcouncil to learn more and lock in your spot.

Two Factors That Make a Male a Man
Next Post: The Hidden Value of Jiu-Jitsu | NICK ALBIN “CHEWY”