During any election cycle, it seems increasingly difficult to place any trust and faith in our elected officials – on both sides of the aisle. But it’s crucial that we find, elect, and support those men who exhibit leadership capabilities outside of the political circus. After all, much of our lives are impacted by those we elect.

I’ve often wondered why any good man would get into the political arena and that’s why I wanted to have my friend and candidate for Congress, Sean Parnell, back on the podcast. He’s a man I highly respect for his friendship, his service to this country as an Army Ranger with the 10th Mountain Division, and his desire to do good for this county. Today, we talk about what true leadership looks and feels like, the external and internal threats this country faces, his take on career politicians, term limits (which might surprise you), and the power of story to influence others.

“I’m not in this to represent a political party. The job to be represented by and for the people.” Tweet That— Sean Parnell 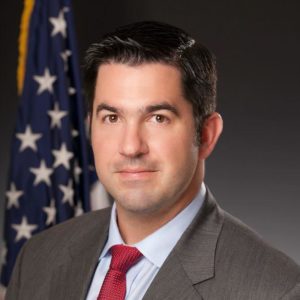 Sean Parnell, candidate for Congress and former Army Ranger with the 10th Mountain Division is back by popular demand after just speaking at the RNC and with his campaign for Congress going really well.

And, on top of his insane schedule right now, he just wrote a new fictional book titled, One True Patriot, on the heels of his New York Times Bestselling Book, Outlaw Platoon.

Sean is a regular contributor on Fox as well as appearances on CNN, MSNBC, and many others.

He is also the co-founder of the American Warrior Initiative and has since thrown his hat in the ring of politics and is running for Congress in Pennsylvania’s 17th Congressional District.

“The people in this country are worth fighting for.” Tweet That— Sean Parnell

“People who want to erase history are doomed to repeat it..” Tweet That— Sean Parnell

Where do I get started? How do I get back on track? I want to improve my life; how do I begin?

These are questions I receive every single day and although the answer is certainly not easy, it is simple. You start with a plan.

And, I’ve made a planning tool available to you that will help you get on the path you know you should be on. It’s called 30 Days to Battle Ready and in this free email course, you’ll learn everything you need to know to make the end of this year an incredible success despite the kick in the balls you may have received from 2020.

Only sign up if you’re serious and you’re willing to do the exercises and work to achieve the personal and professional results you’re after.