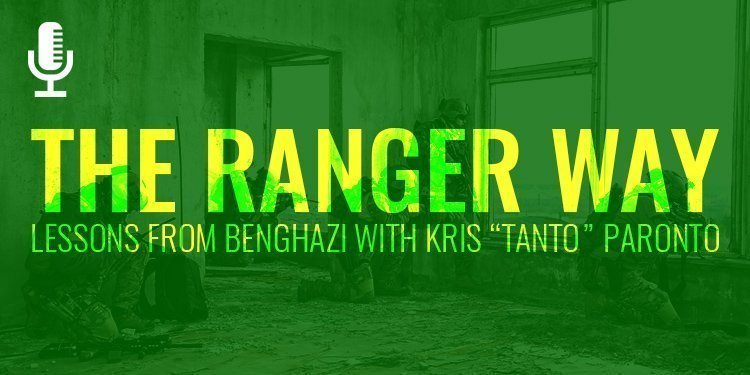 Today Kris “Tanto” Paranto, a member of the CIA Annex Security Team that responded to the terrorist attack in Benghazi, joins me to talk about what really happened that night, the importance of living your life to a code, how to incorporate “Battle Rhythms” into your life, why every man must choose the “hard right” over the “easy wrong”, and how we can all live The Ranger Way.

“You will always fall back on your highest level of training.” Tweet That— Kris "Tanto" Paronto 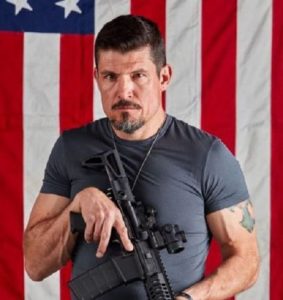 As a member of the CIA annex security team that responded to the terrorist attack in Benghazi, Libya, September 11th, 2012, Kris “Tanto” Paronto (@krisparonto) assisted in saving over 20 lives while fighting off terrorists from the CIA Annex for over 13 hours.

His story, along with his five surviving annex security team members is told in the book “13 Hours” written by Mitchell Zuckoff.

Kris is a former Army Ranger from 2nd Battalion 75th Ranger Regiment and private security contractor who has deployed throughout South America, Central America, the Middle East and North Africa. He also worked with the US Government’s Global Response Staff conducting low profile security in high threat environments throughout the world.

I’m honored to have the chance to talk with this true American hero today.

“Take the hard right over the easy wrong.” Tweet That— Kris "Tanto" Paronto

“As long as I’m doing the right thing, God will take care of me.” Tweet That— Kris "Tanto" Paronto

Men, exciting times within The Iron Council. If you don’t already know, The Iron Council is our exclusive brotherhood where men are working to become the men they are meant to be.

It’s easy to talk about being a better man. It’s another thing entirely to do the work required to be that man.

When you band with us, you’ll have access to the tools, the resources, the structure, and the accountability you need to take your life and the lives of those you have a responsibility for to the next level.

Each month, we focus on a particular topic – this month is all about building more wealth in our lives – and dive deep into what it takes to improve in that area.

You can learn more and join us in The Council at www.orderofman.com/ironcouncil.

“Always move forward. Never Stop. Go over it, around it, or through it.” Tweet That— Kris "Tanto" Paronto

“Always finish what you start.” Tweet That— Kris "Tanto" Paronto

How Bad Do You Want It?
Next Post: Strikeout Swinging