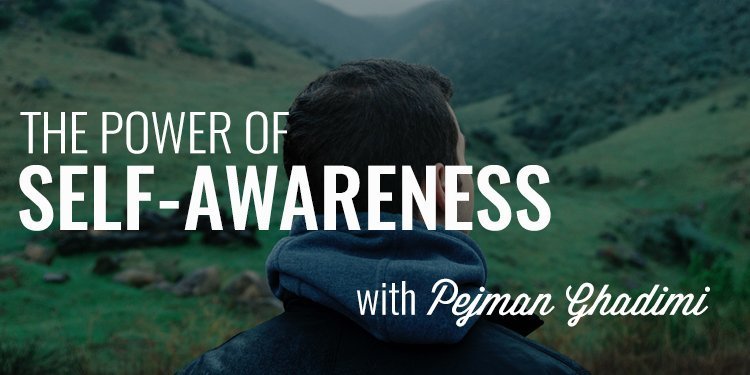 Today, I talk with the founder of Secret Entourage, Pejman Ghadimi, about building self-awareness in your life.

Now, this is easier said than done but the benefits to becoming more aware in your life far outweigh the effort it takes to building it.

PJ and I discuss manipulating your environments, predicting the behavior and actions of others, and how to take control of every element of your life by becoming more aware.

“The benefit of being self-aware is that you’re always in control.” Tweet That— Pejman Ghadimi 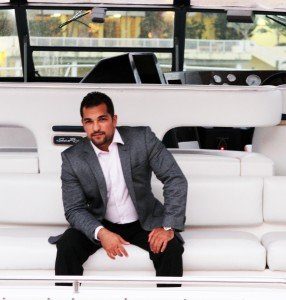 Pejman Ghadimi is a self-made entrepreneur, best-selling author, and the founder of Secret Entourage.

PJ left his lucrative banking career and went on to found three major businesses: VIP Motoring, Secret Consulting, and Secret Entourage (which collectively have grossed over $40M in revenue annually).

He shares a very unique perspective on success and entrepreneurship – one that you’ll hear on today’s podcast – that involves the birth of innovation through the impact made on others as well as the human connections we create daily.

Pejman has authored 10 books to date; his most recent best seller Third Circle Theory focusing on a unique roadmap to achieving a higher level of self-awareness leveraging the power of entrepreneurship.

Today he’s focusing his efforts on teaching others the importance of self awareness, belief, and the power of defining your role and purpose to others.

“People believe they are their environment instead of part of the environment.” Tweet That— Pejman Ghadimi

What You’ll Be Learning (Self-Awareness)

“Self-Awareness allows you to position yourself for the results you want.” Tweet That— Pejman Ghadimi

“The key to becoming more self-aware is to recognize who you are.” Tweet That— Pejman Ghadimi

“The more you become aware, the less you blame the environment for everything that happens to you.” Tweet That— Pejman Ghadimi

Why Every Man Should Practice Yoga
Next Post: OoM 058: How Men Can Resist Average with Tommy Baker