I believe in order for men to remain healthy, strong, viable providers for their family and to be positive forces in society, they need to take time out for themselves.

The world as we know it now – a society based on antagonisms and competition – has left many men feeling like most of their lives are lived against the world but little or not time is spent living in it.

As Krishnamurti noted, “Is it not a very strange thing in this world, where there is so much distraction, entertainment, that almost everybody is a spectator and very few are players?”

This unbalancing from being truly in and with one’s world has created a Sisyphean cycle where we get to the top of the hill of success only to then awake, mid of night, drenched in sweat, feeling like we’re back at the bottom of the hill asking ourselves “who am I?”

It’s easy to lose yourself when you are pulled by our fast paced, unforgiving world in so many directions. I know it has been for me.

I am responsible for two global brands, the principal teacher at a fitness and martial arts studio that I co-own, I have to keep my own training up and at the same time I am trying to get through my PhD, and be a good husband and father (and that’s the short list).

The only way I have found to constructively deal with this, is by taking time out through solitude. It is one of the most practical ways to reconnect with oneself, to regain clarity and to be reminded of ones deepest passions and purpose. Taking time out for oneself on the face of it seems selfish, especially if you have a family. Yet there is a long history of solitude as an essential component of personal growth.

In the Native American tradition, boys who were to become men were sent on a vision quest. This was a right of passage into adulthood. This vision quest took place in nature, in solitude, where the initiate was encouraged to seek guidance from the signs he found in nature (and his dreams).

As Krishnamurti so clearly notes, “Solitude helps the mind to see itself clearly, as in a mirror, and to free itself from the vain endeavor of ambition with all its complexities, fears, and frustrations, which are the outcome of self-centered activity.”

With so much of our time as men spent putting on an ambitious mask simply to fit in, to be seen to be doing well, to look strong, to look together,  it’s quit easy to become self-centered, and less self-compassionate.

Spending time alone allows us, as men, to see clearly that which either we can’t see, or society wont let us see, because we are so busy trying to outdo everyone else.

As Aldous Huxley notes, “The more powerful and original a mind, the more it will incline towards the religion of solitude.” Solitude then allows us to find our original mind, our inner power of who we are, not as others would like us to be. It is as Michel de Montaigne suggests, “the greatest thing in the world is to know how to belong to oneself” and this requires time alone with oneself to accomplish it.

K.T Jong writes that, “It is only when we silent the blaring sounds of our daily existence that we can finally hear the whispers of truth that life reveals to us, as it stands knocking on the doorsteps of our hearts.”

You could therefore think of solitude on the one hand as the quiet company of oneself, and on the other, finding one’s soul hidden within the farthest reaches of that silence — a kind of “soulitude.”

You feed your soul, not in being busy with living out there, but rather by spending time living in here. As Paul Brunton reminds us, “Solitude is strength; to depend on the presence of the crowd is weakness. The man who needs a mob to nerve him is much more alone than he imagines.” Soulitude then doesn’t mean being alone. It is the purposeful act of choosing to seek ones own company.

Henry David Thoreau, wrote, “I think that I cannot preserve my health and spirits, unless I spend four hours a day at least — and it is commonly more than that — sauntering through the woods and over the hills and fields, absolutely free from all worldly engagements.”

Some of us may not have the luxury of spending 4-hours each day in solitude, but we could likely spare 30-minutes, a weekend a month, a day every 2-weeks. The great thing is that you don’t have to do anything during this time, or these moments, other than simply being with yourself. Enjoy as they say your own company. In an ideal world, this solitude should take place in the wilderness, where disconnected from everything, you are truly alone. As Jack Kerouac reminds us as men, “No man should go through life without once experiencing healthy, even bored solitude in the wilderness, finding himself depending solely on himself and thereby learning his true and hidden strength.”

I make a point each week that I spend time in solitude. I may not be able to head off into the wilderness as Jack Kerouac suggests, but even a walk in the park, leaving my iPhone, and all other distractions behind in the car — sitting there, on a bench, overlooking the lake, connected to myself, to nature, I feel invigorated.

Anytime I am stressed, feeling unable to cope with life’s stressors, I know that even an hour in solitude, is enough to recharge by soul battery. I always come back from these brief excursions in soulitude feeling strong, and ready to take on the next challenge. 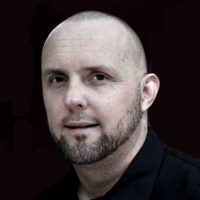