There is no such thing as the self-made man. While I can certainly understand and even appreciate the gesture, the truth is that every successful man had some help along the way. That help usually comes in the form of others.

My guest today is David Burkus. He is the author of Friend of a Friend: Understanding the Hidden Networks That Can Transform Your Life and Career. Today, we talk about the power of “weak ties,” how to leverage “preferential attachment,” how to become a super connector, and how to tap into your hidden networks.

“The good news is it’s who you know not what you know because who you know is inside your control.” Tweet That— David Burkus 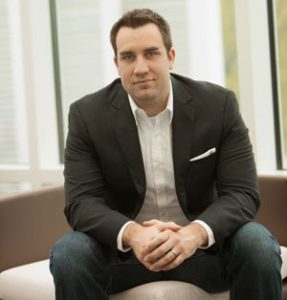 Today, I have the honor of introducing you to my friend, David Burkus.

As you might imagine, I have the opportunity to talk with hundreds and hundreds of successful men but David is someone who stands out to me as one of the most intelligent, articulate, and well-researched guests we’ve had on.

He is a best-selling author, a speaker, and associate professor at Oral Roberts University. In his new book (which I highly recommend), David offers readers a new perspective on how to grow their networks and build key connections—one based on the science of human behavior, not rote networking advice.

He’s delivered keynotes to the leaders of Fortune 500 companies and the future leaders of the United States Naval Academy. His TED Talk has been viewed over 1.8 million times and he is a regular contributor to Harvard Business Review.

“It’s not just who you know, it’s who they connect to and how you can help serve that community and how they can help you.” Tweet That— David Burkus

“Almost everybody that you need to meet in your professional life is one or two introductions away from you if they’re not in your network already.” Tweet That— David Burkus

Friend of a Friend

That said, I do want to share with you one new feature we’ve added over the past two months. That is guest experts. Last month, we had Rorke Denver (Navy SEAL and New York Times Bestselling Author) join us on our weekly call and this month, we have Jeff Rose (Financial Advisor and best-selling author, blogger, and YouTuber) joining us to talk about all things money.

These are men who most people normally don’t have access to. But I realize that there are so many experts out there who are significantly more qualified to talk about certain topics than I am.

If you’re ready to tap into these expert guests and all the other benefits of the Iron Council, I’d encourage you to learn more and join us at www.orderofman.com/ironcouncil.

“If you have some hesitancy because you feel like you’re taking, maybe it’s because you haven’t given enough.” Tweet That— David Burkus

Building a Thriving Tribe
Next Post: Leaders are Readers