Home » Blog » HEALTH » 3 Reasons Why Men are so Exhausted

Picture this: You’re in the middle of the busy season at work and you’ve been running in circles trying to juggle life’s responsibilities- the extra hours to keep the boss happy, your kid’s soccer practices, a date night with your wife, morning workouts (or lack thereof), helping out around the house, and going to get a beer with that friend who seems obligated to always remind you that “we don’t hang out as much ever since you got married”. You say to yourself, “Man, I could use a break” and then when that moment of solitude comes, Netflix or ESPN beckons your name like a siren calling a sea captain to his doom.

For most of the men I know, this scenario is all too familiar and has unfortunately become what we expect out of life. So many men are exhausted, stressed out, and frustrated with life all due to one reason: we don’t actually know how to rest and take a break.

Here are the three most common obstacles holding men imprisoned in a cycle of exhaustion and keeping them from enjoying life to its fullest.

Many men assume that rest is simply the opposite of activity. Nothing could be further from the truth.

When was the last time you felt rested or motivated for life after spending a day sitting on the couch watching football? Do you get a sense of calm and a clear head from spending two hours aimlessly browsing the internet?

It is entirely possible to do the least amount of activity and still be restless.

But wait, that’s counter-intuitive isn’t it? How could I be doing nothing but sleeping and laying around and not feel rested at the end of it? That’s because only a small portion of feeling rested has anything to do with your sleep patterns or activity level.

Dr. Matthew Edlund, the director of the Center for Circadian Medicine, outlines four main types of rest, all of which are necessary for a healthy lifestyle; social rest, mental rest, physical rest, and spiritual rest. Only one of those (physical rest) has anything to do with sleep.

That means 75% of your energy comes from sources other than sleep. It comes from things like taking care of your body by getting your nutrition in order, building strong friendships, accomplishing goals you’ve set for yourself, and taking time for honest self-assessments.

Ask yourself this question: Is most of my time off actually rest or is it just time wasted being inactive?

We have no plan for rest

We all know the saying. If you fail to plan, you’re planning to fail. This little phrase happens to be true of everything in life: your calendar, your finances, and your workouts. Yet most men I meet have no set plan of how they will take time to relax and rest. It’s no shock then that often a day off becomes an excuse to fill a day with lots of activity (or inactivity) that amounts to no rest.

Setting a plan for rest is crucial because it forces you to find out what you actually enjoy and love to do.

By taking the step of writing out a list of things that make you feel recharged and energized you are digging deep to figure out more about yourself as a man. By making a plan, you’re setting yourself up for long-term success instead of a short-term burnout.

For many men a great workout is restful, it leaves them feeling energized and with higher self esteem. Maybe for you its an overnight camping trip in the woods or maybe its enjoying a good cigar with a friend. It could be reading a book or working on your motorcycle. Whatever it is though, you have to be aware of what makes you feel more rested then plan to do that regularly.

I spent years thinking that I loved building furniture. The reality was though, it produced nothing but frustration and irritation for me.

Until I got honest about my skill set and what brought me rest, I was just wasting time.

Take the time right now on your phone or on a piece of paper to make a list of the things that actually make you feel more rested and recharged. Assign an amount of time needed to do that activity so that you can find the right fit in your schedule.

The primary reason many men are exhausted is because their ego tells them that rest is for weak men.

This myth come up time and again in film, television, and online in characters like Rambo, Jon Wick, or Captain America. These are the guys who are machine-like, physical specimens that don’t know the word “quit”. While there is much to admire in those characters’ drive, the problem is just that. These characters are works of fiction.

Rambo doesn’t get the flu, you do. Captain America doesn’t have a wife who threatens to leave because she hasn’t seen him in three weeks. In reality if you get shot three times, you are not a heroic story of triumph and revenge, you’re probably dead.

We are caught up trying to be Superman and the reality is none of us are. Sure you may be stronger than the average guy but if you never stop to rest, you’re making the decision to put yourself in an early grave. In the same way your muscles build best when they have proper sleep and days off, your brain and the your soul need time to rest and unwind.

A recent study published in the American Journal of Epidemiology combined over fifty years of data to show that routinely working more than eleven hours a day can raise your risk of heart disease by 67%. Yet our egos tell us that if we call in sick, refuse to come in on Saturday, or try to unplug from email for a day, others will see us as quitters. As a man, you have to have the courage to take a stand for your life, understand your human limitations, and make your rest a priority.

Many of us have been raised in cultures and subcultures that equate rest with laziness and for some guys out there that’s true. Many men need to get off their butts, turn off the football game and get to work in many areas of their life. But my hunch is that if you’re reading this, it’s not because you lack a work ethic rather you have worked  incredibly hard trying everything but you’re still feeling exhausted and frustrated with life. Simply put, you’re stuck. Stuck between the rock of your work ethic and the hard place of life.

But it doesn’t have to be that way.

Pick one thing on the list you made and do it this week. Get up early if your have to or push things around on your schedule. The only way to get unstuck from the cycle of exhaustion in life is to make your rest a priority. I know it’s not easy but you’ve got one life to live. Don’t go through it exhausted.

Matt Lombardi is the founder of Slatewood Club a company focused on creating the ultimate guy’s weekend where men can disconnect from the rush and reconnect to what matters. He lives in Nashville, TN with his wife Courtney. Most days off you can find him enjoying a good cigar, reading a book, or hiking the foothills of middle Tennessee with his dog. 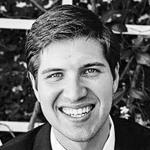 Matt Lombardi is the founder of Slatewood Club, a company focused on creating the ultimate guy's weekend where men can disconnect from the rush and reconnect to what matters. He lives in Nashville, TN with his wife Courtney. Most days off you can find him enjoying a good cigar, reading a book, or hiking the foothills of middle Tennessee with his dog.