Why do men fight and why do we like to watch? These are a couple of questions I’ve asked myself before and ones that we attempt to answer with my guest today Jonathan Gottschall, an English professor with some real-world experience in MMA.

Today we talk about the nature of fighting, how fighting has evolved, the role honor plays in combat, and where the desire to make men more civilized comes from.

“Men are drawn to fighting as an urge to celebrate what’s best in human nature.” Tweet That— Jonathan Gottschall 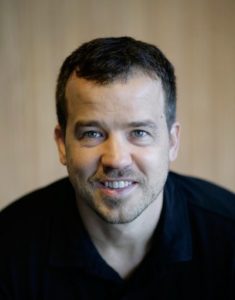 Jonathan Gottshcall is  a Distinguished Fellow in the English Department at Washington & Jefferson College.

His research at the intersection of science and art has been covered in outlets like The New York Times, Scientific American, The New Yorker, The Atlantic, The Chronicle of Higher Education, Nature, and NPR.

Jonathan is also the author of seven books, including The Storytelling Animal, which was a New York Times Editor’s Choice Selection and a finalist for the LA Times Book Prize.

When he was 39, a cage fighting gym opened across from the English Department. He asked myself, “What would Hemingway do?” The answer is in his latest book, The Professor in the Cage: Why Men Fight and Why We Like to Watch.

“What drew me to fighting was the desire to do a brave thing.” Tweet That— Jonathan Gottshcall

“It is tremendously educational to get punched in the face.” Tweet That— Jonathan Gottschall

“Men want to do battle with the weakness and timidity within themselves.” Tweet That— Jonathan Gottschall

I’m sure you’re thinking about how 2017 is going to be different than 2016 and, as much as I hate to burst your bubble, it’s probably going to be the same it has always been.

That is unless, you actually DO something different than what you’ve always done.

If you’re looking to keep your marriage alive, maximize your earning potential, lose that spare tire, connect with your kids on a deeper level, ask for a raise, get a promotion, feel better about yourself, or any other goal that might be on your mind, The Iron Council is the place for you.

We’ve built the framework that will allow to accomplish big things in the coming year. You’ll have the tools, resources, discussion, and – the big one – accountability from the other 175 inside the council.

If you’re interested in learning more and ensuring this year is ACTUALLY different, join us at www.orderofman.com/ironcouncil.

“Bravery and courage are skills you can work on and train.” Tweet That— Jonathan Gottschall

FFN 033: Be a Lighthouse
Next Post: From the Archives: Jocko Willink