Picture this: You and your friends are having a late-night bite to eat when you notice a mentally disabled man eating at another table. There’s another restaurant patron making fun of him, poking him with a chopstick or utensil of sorts, and laughing.

This goes on for a few minutes, but feels like an eternity. You don’t like what you see. So much so, you can’t even take another bite of your meal. You feel guilty, you know this is wrong.

But here’s the thing, the entire restaurant, including your friends are staring without saying a word!

What do you do? Do you say something? Do you pretend not to notice?

This is a true story that happened to my husband. I’ll tell you what happened.

Since nobody in the restaurant said or did anything, my husband stood up, walked over, and confronted the person who was making fun of the mentally disabled man. He asked him why he would do such a thing and told him to stop.

This is what I call “social leadership.”

It is taking initiative, being assertive and being authentic to your morals.

Strategy #1: Speak Up when it Counts

Look, there’s no need to be overly aggressive without reason. You don’t have to live your life looking for arguments to have, just for the sake of arguing. The point is to be assertive when there’s a reason to, just like in the story above.

So how do you know when it is worth doing? Here is a list of questions that you can use to determine that:

Action Step #1: How to Speak Up

When being assertive, remember to do so responsibly. When things piss you off, you usually default to one of two reactions. You either say nothing and regret it later or you lose your temper and fly off the handle.

But you can be assertive without being an a******. Here are some scripts that you can use if you feel like you are in a situation where you have to stand up to someone or say something.

The reason why these scripts work is because you are simply stating facts. You are not judging the action right off the bat, you are simply seeking information as to why they would take that action.

In many cases, when someone gets “called out,” they’re actually so surprised and embarrassed, that they stop what they’re doing. That’s what happened in the story above.

I cannot stress the importance of keeping a cool head. If you know anything about mirror neurons, you know that your nonverbal communication is contagious. If you approach someone and get in their personal space, they’ll also feel feelings of anger and aggression. You may be instigating someone without even realizing it.

But, if you are calm and use your words wisely, the confrontation can remain calm. Simply ask the questions in a normal talking voice and in a calm and collected manner. Mind their personal space and don’t use aggressive body language like pointing.

Being assertive about what is right is being a social leader. That is what makes you the leader of your group, you are the man who sets the standard of the interactions your group has.

Confrontation is something that a lot of people dread. It takes a lot of courage to even start a confrontational conversation, they can turn very awkward, and can also damage relationships if not done properly.

The truth of the matter is in life things don’t always go our way, but instead of bottling it up, social leaders confront the issue head-on.

It could be having a serious sit-down talk with a friend or a co-worker over a disagreement. Or calling someone who you’ve been meaning to confront for a long time because of something they’ve done to you in the past.

But how do you confront someone who you want to maintain a relationship with?

It’s actually easier to confront someone who you know you will never talk to again, because you don’t really care how the conversation goes over.

But when you want to confront someone who you see everyday, like a co-worker or a spouse, you need to be a little more careful.

Here are a few strategies that will help you address confrontation while maintaining a positive relationship afterwards:

Here are some word-for-word examples that you can use to confront someone in a tactful manner. Notice how it start’s with a “don’t” statement and then ends with a positive “do” statement. This is an awesome strategy from the book Crucial Conversations.

How many times do you agree to something just for the sake of agreeing? For example, you run into an old friend who you haven’t seen in awhile. They suggest getting together for a drink soon.

You totally agree with him, but deep down, you know that hangout will never happen. Or you may tell a coworker that you will do a task by end of day, but you’re too busy and won’t get to it until next week.

Social leaders mean what they say and say what they mean.

They are honest and to the point. They have an intention of making sure that the things they say will line up with their actions.

This can be a really high bar to set when it comes to interactions. It’s so much easier to say yes to commit to doing something and then just flake out later. But as a social leader, I want to challenge you to get out of the habit of agreeing for the sake of agreeing.

Saying “no” can be so difficult. Here are a few rules so can say “no,” instead of saying “yes” and being a flake later:

Be a leader, not a follower. By using these three social strategies you will be assertive when it counts, tackle confrontations head-on and be authentic when it comes to your intentions and commitments. 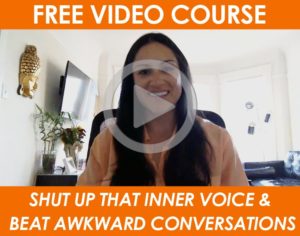 This is a guest post by Katrina Razavi, communication coach and founder of CommunicationforNerds.com. If you liked this article, visit her site to sign up for a free three-video mini course called: How to Shut Up that Inner Voice & Beat Awkward Conversations. It covers six secrets to social confidence, the #1 strategy to improve your life and how to have natural. 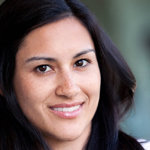 Katrina Razavi is a communication coach and founder of CommunicationForNerds.com. If you liked this article, visit her site to sign up for a free three-video mini course called: How to Shut Up that Inner Voice & Beat Awkward Conversations. It covers six secrets to social confidence, the #1 strategy to improve your life and how to have natural.