Guys, if you listen to just one of my podcast, please make it be this one. Today, I am joined by my friend and fellow soldier, Braxton McCoy. He and I served in Iraq together in 2005-2006. One day we were playing softball together and the next day, I hear he’s been hit by a suicide bomber with multiple fractures and life-threatening injuries to himself and others. I didn’t fully realize the extent of his injuries until this interview.

This one is raw, it’s truthful, and it’s extremely insightful when it comes to one soldier’s perspective of war, responsibility, obligation, and liberty. We talk about the truths and fallacies of PTSD, overcoming the demons of war, how a near-death experience changes your perspective, and the true cost of liberty.

“Life is suffering. That’s what it is. My suffering is no more or lese than the next guy’s. It’s just different.” Tweet That— Braxton McCoy 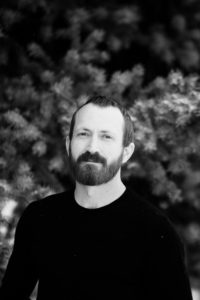 Gentlemen, as I mentioned before, I have my friend and fellow soldier, Braxton McCoy on the show today.

We’ve lost touch over the past 10 years or so since we served together in Iraq but when I found out he had written a book about our experience and, more specifically, his experience in Iraq, I knew that this would make for a powerful conversation.

After more than a decade of physical therapy and more surgeries than I care to think about, Braxton has regained most of his strength and rebounded emotionally from an extremely traumatic situation.

He has twice served as National Advocate for the Army Wounded Warrior Program, and twice as Veterans’ Advocate for the Coalition of Iraq and Afghanistan Veterans in the District of Columbia. His four years as an advocate were focused on getting veterans back to work, as a meaningful way to outflank Post Traumatic Stress Disorder.

In 2013, Braxton McCoy started Warrior Employment Project, a non-profit designed to connect veteran families-in-need with CEO’s and CIO’s leading to the veterans’ employment.

“By accepting [suffering], you defeat it. And, that’s the only way to defeat it.” Tweet That— Braxton McCoy

“I have been the guy who has destroyed his life because I could accept the psychological impacts of tragedy.” Tweet That— Braxton McCoy

Gentlemen, if there’s one thing I know it’s that having other men to lean on, rely on, and lift up is an extremely powerful way to speed up the results you’re after. Yes, you can go at life alone and, you might just make it. But, at what cost?

Could you have achieved health, business expansion, relationship success, financial security quickly and more efficiently with the help of other men who know the way? The answer is yes.

But most men aren’t willing to invest in themselves even to the slightest degree. Sure, they’ll listen to the podcast, read a few books here and there, then do absolutely nothing with the information they have learned.

If that isn’t you, I’d encourage you to band with me and 380 other men inside the Iron Council so you can gain the framework, the guidance, the direction, and the accountability from high-achieving men across all facets of life.

To learn more, head to www.orderofman.com/ironcouncil.

“I wasn’t afraid of dying but I wasn’t sure what it meant to die.” Tweet That— Braxton McCoy

“Every night, I say what I consider my version of prayer and I just say ‘thank you.’ I don’t ever ask for anything. I just hug my son and say ‘thank you’ because I’ve blessed with more than I could have ever dreamed of when I was laying there dying.” Tweet That— Braxton McCoy

Leaders are Readers
Next Post: The Folly of “Zero Fu*ks Given”