Frankly, gents, I don’t even know what to say about this conversation. It was a powerful discussion from a man who has been through hell and back to fight for not only who he is as a man but as a father of his children.

His name is Greg Ellis and, although you may not recognize his name, you have definitely seen him on the Silver Screen. Today we talk about the true purpose of vulnerability, why social media should be called “anti-social media,” the crisis of meaning that modern society is facing, and why fatherhood is in the crosshairs.

“We feel the disappointment because there is such reward in winning the trophy.” Tweet That— Greg Ellis 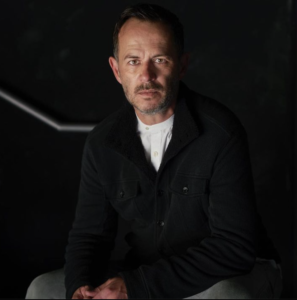 My guest today is a man named Greg Ellis. We only met recently but we’ve had some incredibly powerful conversations about life, what it means to be a man, and how the odds in pop culture are stacked against fathers.

Greg is an incredibly talented, Emmy Award nominated actor, a filmmaker, a coach, and the author of his latest book, The Respondent: Exposing the Cartel of Family Law. He’s also become an incredibly powerful advocate for men who are desperately fighting to maintain their rights as fathers.

And, although, we didn’t get as deep into that subject as I would have liked, the conversation we did have is powerful. And, great news, we’re going to be recording a part 2 soon…

“Demonizing man is not the solution, that’s the problem.” Tweet That— Greg Ellis

“Victimhood has become the new social currency, and the economy is booming.” Tweet That— Greg Ellis

Each month, we cover a different topic in our exclusive brotherhood, the Iron Council. And, for the month of September, we’re going to be covering Creating Your New Reality, and using the book The Four Agreements, as our book of the month.

When you join the Iron Council, not only will have you access to the tools, resources, and information we make available but you’ll also have access to the camaraderie, accountability, and brotherhood that only comes from men who are banded together in the same mission.

So, if you’re ready to stop doing life alone and want to connect with over 900 other high-achieving, motivated, ambitious men, join us inside the Iron Council and unlock access to everything you need to take your life to the next level.

You can learn more at www.orderofman.com/ironcouncil.

The Single Greatest Factor that Determines Your Success
Next Post: MICHAEL CHANDLER | Family Man and Fighter