My guest today, author of the book No More Mr. Nice Guy, Dr. Robert Glover, joins me to talk about the myth of the nice guy, common negative symptoms the nice guy experiences, how to implement the “Healthy Male Rule,” and how you can eliminate the nice guy once and for all.

“When you’re comfortable in your own skin, people will be attracted to that.” Tweet That— Dr. Robert Glover 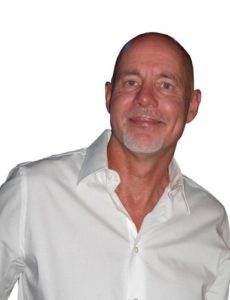 Guys, I was only recently introduced to my guest’s work just a couple months ago but, after reading his best-selling and controversial book, No More Mr. Nice Guy, I knew I had to get Dr. Robert Glover on the show.

This book spoke to me since I am a recovering nice guy as is Dr. Glover and, the strategies he shares in the book saved my life and saved my marriage.

This man has helped thousands of Nice Guys transform from behaving like these passive, victims to empowered, “integrated males.”

He’s got books, online classes, courses, groups, and workshops all designed to help men take a more assertive role in their lives and today he’s here to talk about overcoming the “Nice Guy Syndrome.”

“The brain in the average male doesn’t finish developing until age 25.” Tweet That— Dr. Robert Glover

Feel the Fear and Do It Anyways

“Most of us are not really good at looking inward at ourselves.” Tweet That— Dr. Robert Glover

Gentlemen, let me take a quick pause to tell you briefly about our exclusive mastermind, The Iron Council.

If you are not familiar with it yet, I invite you to see what we’re all about and find out what’s included in your membership at www.orderofman.com/ironcouncil.

In the meantime, we want you to know that, if you’re seriously commited to being a better father, husband, businessman, community leader, and just a better man overall, sometimes all you’re lacking is the right set of tools and information.

We’ve got what you need including weekly challenges designed to push you, monthly topics geared toward getting you to think differently about how you show up, and the accountability structures in place to ensure you’re taking your life to the next level.

If you’re interested in joining us and claiming your seat at the table, you can do that at www.orderofman.com/ironcouncil.

“When you live life on your terms, it just goes a hell of a lot better.” Tweet That— Dr. Robert Glover

Consistency Trumps Talent
Next Post: What if You’re Wrong?