If you’re anything like me, you’re fed up with the noise and nonsense we see in mainstream and social media. It seems that everywhere we turn and with everything we say, people are looking for reasons to be upset and/or offended.

My guest today does not allow that to back him down or dictate the conversations he wants to have on some very important subjects everyone else is too afraid to talk about, from sexual orientation, religion, masculinity, politics and just about every other topic we’re “not supposed to talk about.”

His name is Chad Prather and, today, we talk about our responsibility to speak up, calling boys into manhood, the rise of the victim culture, and the power of being politically incorrect.

“We’re cursing ourselves with irresponsibility. And, what happens is we’re raising a generation that’s twice as irresponsible as us.” Tweet That— Chad Prather 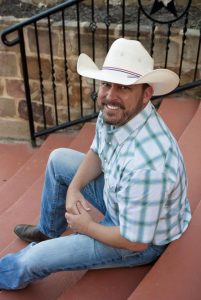 My guest today is a man that won’t need an introduction for a lot of you.

His name is Chad Prather and you may know him as the political cowboy. But just in case you don’t already know, Chad is a comedian and a political commentator willing to discuss (and have some fun with) some of the most polarizing topics in society today.

He’s been entertaining people on TV as early at 6 years old and hasn’t let up since. He’s been featured on Fox News, A&E, CNN, MSN, and The Blaze. In fact, he’s everywhere. So much so that I can list all the things he’s up to.

That said, I’m excited to have had the chance to sit down and talk with someone who I admire for not only his perspective and his interesting approach to sharing it but his willingness to do so in an environment that seems to be increasingly wanting to shut down these types of conversations.

“We’ve gotten to a point in our culture where we can’t have a conversation anymore. Everything has to be an argument.” Tweet That— Chad Prather

“We’re getting to a point where we have confused reality with social media and people have gotten very awkward with each other.” Tweet That— Chad Prather

The Iron Council is a powerful band of brothers all working together to make a difference in the lives of the men inside. This month we’re talking all about the concept of being a lighthouse in your family, business, and community.

And, to that end, we have all of our members complete assignments and worksheets, participate in challenges, and hold each other accountable to our most pressing concerns and objectives.

If you feel like you’ve been in a holding pattern for any amount of time – knowing that you want more out of life and your performance – the Iron Council represents the jolt, or jumpstart you’ll need to get yourself on a different, more successful track.

The truth is, men need to surround themselves with other men. The Iron Council represents the opportunity and framework to do just that.

Head to www.orderofman.com/ironcouncil to learn more and band with us.

“I believe if you have masculinity, it’s not toxic. And, if it’s toxic, it’s not masculinity.” Tweet That— Chad Prather

“My idea originally was to use social media to take truth and wrap it in humor and make it an easier pill to swallow.” Tweet That— Chad Prather

Minimize Your Digital Use, Maximize your Life | CAL NEWPORT
Next Post: How to Invest, the Right Way | DR. DANIEL CROSBY