So many men believe that the terms purpose and profit are mutually exclusive – that for one to exist, the other can’t. That just isn’t the case. In fact, when you learn to align your purpose and passion with the ability to make a profit, you have a greater ability to impact the world in a positive way.

Today, I am joined by the founder of Black Rifle Coffee Company, Evan Hafer, to talk about how he’s managed to build such a successful business around what was simply a passion project. We talk about the power of utilizing new media for marketing, finding and speaking to your tribe, sacrificing ego on the altar of business, and how to align purpose, passion, and profit.

“Most companies whitewash their narratives and just distill it down to the most benign characters that you could ever imagine. It’s just absolute trash.” Tweet That— Evan Hafer 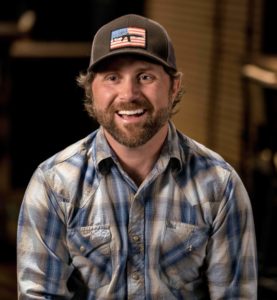 My guest today is Evan Hafer and although you may not know his name, most of you listening are familiar with his company, Black Rifle Coffee Company.

He is a former member of the Special Forces and between his multiple combat deployments, he spent time honing his firearm and roasting skills.

When Evan left the service in 2015, he learned how to market and turn his second passion for roasting coffee into not only a fulltime business but a global coffee company that is recognized for their viral irreverent videos and marketing campaigns, and their incredible coffee.

Now, I will be the first to tell you that I don’t drink coffee myself but when given the chance to connect with Evan, I couldn’t pass him up as he’s clearly on to something when it comes to building a movement and working to employ our nation’s veterans.

“I had an idea a long time ago. I wanted to slap people in the face and wake them up with marketing.” Tweet That— Evan Hafer

“Political correctness is a cancer that is quite literally rotting the core of our society from within.” Tweet That— Evan Hafer

Men, we’ve got some exciting new announcements inside the Iron Council including a new membership site and onboarding system to get you up and running with this powerful brotherhood as quickly as possible.

If you’re not familiar with what the Iron Council is, it is exactly what it sounds like – a council of men banding together to sharpen each other as iron sharpens iron.

Men are rekindling relationships, forging bonds with their children, securing promotions, lose weight, and generally leveling up in every facet of their lives. If you’re ready to do the same, join us inside the Iron Council.

You can learn more and lock in your seat at www.orderofman.com/ironcouncil.

“You have to learn to sacrifice your ego on the altar of business. It is a sacrificial lamb you have to put a knife in and spill the blood on the floor.” Tweet That— Evan Hafer

“The way you define a company and its ecosystem will define how successful it is.” Tweet That— Evan Hafer

Live by a Code, or Die Without One | FRIDAY FIELD NOTES
Next Post: Living Life on Your Terms | JP Dinnell