My guest today likely needs no introduction. His name is Tim Kennedy and he is one of the most interesting men on the planet. I had the opportunity to talk with Tim remotely years ago but to be able to sit down with him at his home was one of my favorite opportunities since I started podcasting over six years ago.

We get into a lot during our discussion together including his plans to replace traditional education with something that will serve our sons and daughters much better, why he believes there are forms of “toxic masculinity” in society, his thoughts on some sort of “mandatory military service,” why his wife completely believes in him, and his personal mission to protect and preserve human life.

“I think we’ve been losing the battle for what is right, what is just, what is ethical and what integrity looks like.” Tweet That— Tim Kennedy 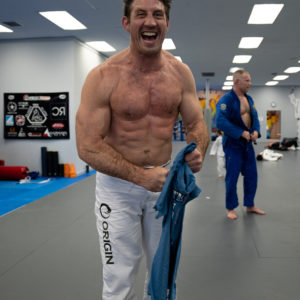 As I said earlier, my guest today is the one and only Tim Kennedy and he is one of the baddest men on the planet.

He is an Army Ranger Green Beret, a former UFC fighter, and, among so many other things, he is in the process of opening a school that will teach young men and women in ways that are much more conducive to their overall success.

On top of all that, Tim is extremely thoughtful and insightful and has always provided me with a new and/or deeper way of looking at my role as a man.

Men, you are really going to enjoy this conversation. I know that I did.

“I think masculinity is a beautiful, ethical, and powerful thing that a man is supposed to have. If it’s not channeled and directed properly, it can become dangerous.” Tweet That— Tim Kennedy

“There’s nothing wrong with failure. Failure provides the opportunity for growth..” Tweet That— Tim Kennedy

It doesn’t matter what your goals are if you can’t craft a strategy for attacking the day that moves you systematically toward the completion of those goals.

And, inside our exclusive brotherhood, the Iron Council, we are talking about exactly this – crafting the perfect day – for the month of February. The truth is that I’ve spent years of my life floundering around wondering how I was going to make something of myself. To a degree, I believed that when it was meant to happen, it just would.

It wasn’t until I was introduced to several mentors who explained to me the importance of a powerful morning routine, certain strategies, tactics, and tools to use throughout the day, and how to perfectly recap your day in order to carry the momentum over that I begin to realize what I set out to accomplish.

If you’re interested in learning those exact strategies and formulas that I learned years ago, please join me in the Iron Council at www.orderofman.com/ironcouncil.

How a Man Communicates With His Wife
Next Post: Federally Mandated Minimum Wage is a Bad Idea