Today, I’ve got a different podcast for you today. My guest is Tim Ballard and he is the founder of Operation Under Ground Railroad, a non-profit organization designed to save children around the world from child sex trafficking.

My wife initially introduced me to Tim’s work and, after following him for sometime, I’m inpsired by the good he’s doing in the world in the wake of some horrific attrocities more men need to know about. Today, we talk about stories of his team’s rescues, how these young children are being helped to recover, how to find a calling in life, how to avoid “the flinch” when undercover, and the fight against child sex trafficking.

“There are more people alive today in slavery than ever before in the history of the world.” Tweet That— Tim Ballard 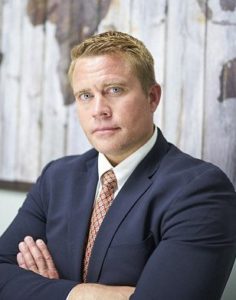 My guest today is Tim Ballard, the founder of Operation Underground Railroad, a non-profit designed to rescue the victims of child sex trafficking.

To date, Tim and his team have rescued 745 victims and assisted in the arrest of 365 traffickers around the world.

Originally, Tim worked for 12 years as a Special Agent with the Department of Homeland Security but became frustrated with the red tape and inability he had to actually remove these children from the horrible situations he was responsible for investigating.

In 2013, he left the department and founded Operation Underground Railroad. Today, we’re going to talk about that process, the good he’s now doing in the world, how to take action on the problems you see in the world, and how you can get involved in this fight.

“Sex trafficking has become a commodity and I haven’t been able to figure out how humans get to that point.” Tweet That— Tim Ballard

“We want to set the right precedent in order to completely eradicate [child sex trafficking].” Tweet That— Tim Ballard

During the month of November, our brotherhood, The Iron Council, is focused on building a legacy in our lives.

When you band with us, you’re going to find the tools, the guidance, the resources, and the conversations that will help you build a legacy in your family, your business, and your community.

Here at Order of Man, we focus heavily on improving our own lives but, it’s critical we remember that there are other people relying on us and that we have responsibilities to fulfill. So, for the entire month of November, you’re going to receive an assignment, participate in up to 8 virtual calls, complete 8 challenges, and build a plan to establish and maintain a legacy that’s important to you.

To see what we’re all about and join us, head to www.ordeofman.com/ironcouncil.

“We need a grass-roots movement where people rise up and say ‘enough is enough.'” Tweet That— Tim Ballard

“To be a man means you liberate the captive, feed the hungry, and heal the wounded.” Tweet That— Tim Ballard