In the midst of all the variables and uncertainties, it can be a real challenge to create victories for yourself on the home, business, or personal front. Fortunately, you have control over the one variable that makes the biggest difference – your mindset.

My guest today is retired Navy SEAL Command Master Chief, Jason Gardner. We talk about the laws of combat, transitioning from successful warrior to successful homesteader, overcoming social anxiety and PTSD, and ultimately how to embrace and execute the mindsets for victory.

“I don’t think anyone has ever made a good decision while they’re angry.” Tweet That— Jason Gardner 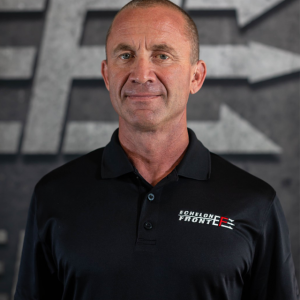 What a powerful conversation I have to share with you today with an absolutely incredible man. His name is Jason Gardner and he is a retired Navy SEAL Command Master Chief with over 30 years of military service under his belt with 9 deployments across the globe.

He’s served at every level of leadership from SEAL sniper to lead instructor for Naval Special Warfare Group One Training Detachment to SEAL Team Five Command Master Chief. He is also the recipient of the Silver Star, two Bronze Stars, and a purple heart.

He now serves as a leadership instructor, speaker, and strategic advisor at Echelon Front. Not only is he a badass on the battlefield but every other facet of life as well.

“Where we often need the most work is where we tend to look the least.” Tweet That— Jason Gardner

“A man understands his greatest strength is responding to negativity with kindness.” Tweet That— Jason Gardner

Men (specifically fathers), we are coming down to the wire on closing down registration for the LEGACY EXPERIENCE and I want you and your son to be there.

Check your calendars because it’s going to be held June 11th-14th, 2020 on my property here in Maine.

This is an experience unlike any other and it’s designed to be 3 ½ days of extensive physical and intellectual competition and camaraderie between you and 19 other fathers/sons. We’ve created an event that will quite literally transform the relationship that you and your boy have together and give you the tools, resources, and framework for you to usher your boy into manhood in a world that seems to be increasingly dismissive of it.

If you’re even the least bit interested, head to www.orderofman.com/legacy to watch a quick video of our last event and learn more about what the weekend entails. But do it quickly as we only have 3 spots remaining.

Again, head to www.orderofman.com/legacy to claim your seat.

The Playbook to Destroy Society
Next Post: Marriage – What to Expect?