It’s no surprise that the family court system is stacked against men. Millions of men are, quite literally, fighting for their rights and the rights of their children. But I don’t think most men, unless you’ve fallen prey to the courts, know just how deep and deceitful it is.

Today, I am once again joined by Greg Ellis, the author of The Respondent: Exposing the Cartel of Family Law. He shares with me his story of how, after 20 years of marriage, he found himself incarcerated based on false accusations from his ex-wife, how he has been fighting for his children, the deep corruption inside Family Law, how fatherhood is in the crosshairs of culture, and what he’s been doing to expose the truth.

“The joy is in the journey, not the destination.” Tweet That— Greg Ellis 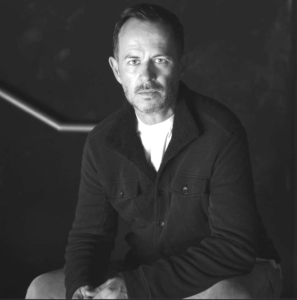 Back on the podcast for part 2 of our discussion about fatherhood in the crosshairs is Greg Ellis. Many of you listened to part 1 in August and I knew we needed to have him back on the podcast because not only is an outspoken champion of father’s rights but I know how many of you these issues personally impact.

Greg is an incredibly talented, Emmy Award nominated actor, a filmmaker, a coach, and the author of his latest book, The Respondent: Exposing the Cartel of Family Law. He’s also become an incredibly powerful advocate for men who are desperately fighting to maintain their rights as fathers.

This is a powerful episode with Greg so if you know of anyone who needs to hear this message, please pass it along.

“Both men and women can be good and evil.” Tweet That— Greg Ellis

“We have a judiciary involved, knowingly or unknowingly, in child trafficking.” Tweet That— Greg Ellis

Gentlemen, the Iron Council is officially closed as we’re going to be spending the next several months building out some tools and systems for maximum efficiency for the current members and new members when we open it back up.

We’ll have new processes for onboarding and get you up to speed, new ways for you to connect with and learn from other high achieving men, and strategies that will maximize your time in the premiere men’s brotherhood, the Iron Council.

If you’re ready to ramp up 2022 and you want the camaraderie, accountability, and band of brothers to march with, head to www.orderofman.com/ironcouncil so you’ll be the first to be notified when we do open it up for new members.