His name is Jack Carr and I take every opportunity I can to talk with him. And, if you’ve listened to any of our previous episodes, you’ll know exactly why. Jack is one of the most genuine men I know and I’ve always been fascinated with his transition from warrior to author.

Today, we talk about putting yourself in the public eye, pursuing something you’ve always been interested in, how military combat compares to civilian life and the life of a writer and forging the path you’ve always wanted to walk.

“Social media is my storefront.” Tweet That— Jack Carr 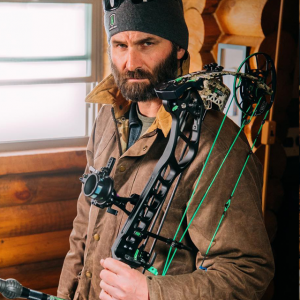 My guest today is the one and only Jack Carr. He spent over 20 years in Naval Special Warfare as a SEAL Sniper, Troop Commander, and a Task Unit Commander leading a team in Iraq and Afghanistan.

It’s probably a big reason his last three books are so extremely credible – he’s used his decades of combat experience as the foundation for the immense amount of research that goes into his works.

Jack is also an avid hunter, a husband, and a father. He’s also a helluva guy as I’ve gotten to know him over the past several years and enjoyed our friendship.

And an update since we originally recorded this episode at SHOT Show several months ago, Jack’s book, Terminal List will become a TV Series with Chris Pratt playing James Reece.

I hope you enjoy the conversation as much as I did.

“You get to choose your destiny and what legacy you’ll leave behind.” Tweet That— Jack Carr

” It’s important to be prepared. Part of that is to be able to defend yourself.” Tweet That— Jack Carr

I’ve got to say that regardless of the issues you may be dealing with due to the fallout of Coronavirus, this time truly can be a blessing in disguise if you’re willing to look at it that way.

I can’t think of a time where I’ve been more focused and distraction-free in my life than right now. Over the past four weeks, I’ve…

I don’t tell you this to brag. I tell you this because there is a tremendous opportunity for you to crush your life right now. And, if you’re interested in how I and thousands of other men are doing it, consider joining us inside the Iron Council.

I’ve told you enough about it by now but I’d strongly encourage you to get off the sidelines and into the game so you too can produce the results you’re after and squeeze the most out of every minute you have.

Head to www.orderofman.com/ironcouncil to learn more and lock in your spot.

Standing Between Your Family and Destruction
Next Post: Combat the Government Overreach