Gentlemen, I’ve got a bit of a different one lined up for you today as I have a conversation with the very first fictional author we’ve had on the podcast. His name is Jack Carr and he is the author of The Terminal List (which is an incredible book) and his upcoming book, True Believer.

Jack is a former Navy SEAL turned fictional writer and today we discuss his transition from the military, the inspiration for his series of books, an inside look at the writing process, the amount of research goes into creating this type of work, and a whole lot more. 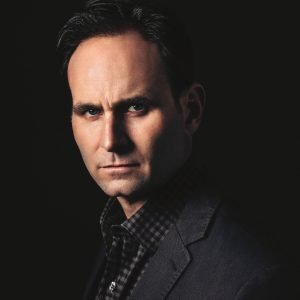 Guys, it’s my pleasure to introduce you to a friend of mine, Jack Carr. You know how there are just certain people that you know when you meet them are going to be great friends?

That’s how I felt when Jack opened up his home to me and we had an incredibly powerful conversation (which you’ll hear part of).

He is a former task unit commander in the Navy SEALS with over 20 years of experience leading assault and sniper teams in Iraq and Afghanistan (that’s part of the reason his book is so realistic). As I mentioned before, he left the SEALs and has since gone on to fulfill a second childhood dream, becoming an author.

I don’t want 2019 to be just another year for you. I want it to be the best year of your life. And, if that’s going to be the case, I would encourage you to find a way to build in some accountability in your life.

It really doesn’t matter if that accountability comes from your family, friends, co-workers, etc. – it just matters that you have it. I know since implementing a system of accountability for myself, my results have drastically improved in my marriage, my business, my health, and every single area of my life.

That said, I know a lot of men don’t have that accountability and don’t’ quite know where to start. That’s where the Iron Council comes in as we’ve built in and programmed a level of accountability to other men who want the same things for themselves.

So, if you want to be pushed and held accountable (and, it’s certainly not for everyone) for making 2019 the best year of your life, join the brotherhood at www.orderofman.com/ironcouncil.

Archery 101 | JOHN DUDLEY
Next Post: Lead Yourself Before Leading Others | LEIF BABIN