There is no question, our boys are in trouble. Take a look at any metric and it becomes painfully obvious that our young men are falling behind – violence, grades, drug abuse, and suicide to name a few. The questions is not, “Is it happening?” but, “Why?”

Today I am joined by Dr. Warren Farrell, a leader in understanding the issues our boys are facing. We talk about how men have fallen into a “purpose void,” why boys need to be raised differently than girls, the rise of the Incels, and how to deal with the emerging boy crisis.

“In the old days, we had natural senses of purpose.” Tweet That— Dr. Warren Farrell 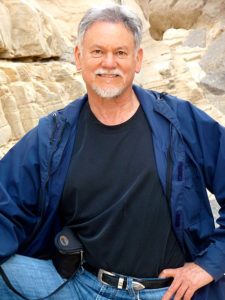 He is a leader in the movement to understand the myriad of issues our young men are facing. Previously, a feminist and the only man to ever be elected three times to the National Organization for Women, he has since seen what the feminist movement has become and it’s negative impact on our boys.

He’s been selected as one of the world’s top 100 thought leaders and has had numerous appearances on CNN, Lary King Live, Oprah, The Today Show, Good Morning America, New York Times, Forbes, and the Wall Street Journal.

He’s taught at all levels of education and is a frequent speaker at Fortune 500 companies, military branches, and even NASA. It was such an honor to talk to him and get so much incredible insight into his thoughts and boys and gender, in general.

“The gender pay gap is not actually a male/female gap, it’s a father/mother gap.” Tweet That— Dr. Warren Farrell

“The boy crisis is created by a combination of the ‘purpose void’ plus the ‘dad void.'” Tweet That— Dr. Warren Farrell

Gents, we’re winding down on the last call for our inaugural Order of Man Legacy experience. This is a 3 1/2 day (September 20-23, 2018) event in the mountains of Southern Utah designed to help you usher your son into manhood.

I believe that one of our primary responsibilities as men is to help our young men understand our valuable role in society. Too often, our boys are being raised by women and an overly effeminate society that asks them to put away anything that makes them male.

We believe a little differently and believe it’s our job to encourage masculinity and help them understand how to use it effectively. That’s what the Legacy experience is all about.

If you have a son between the ages of 8-15 and you want the tools, guidance, and framework for helping him become a man by working through a rite of passage together, Legacy is for you. Act quickly as we only have two spots remaining. Head to www.orderofman.com/legacy to register.

“There’s a high correlation between roughhousing and the development of empathy.” Tweet That— Dr. Warren Farrell

“Empathy and emotional intelligence under fire are developed through roughhousing combined with boundary reinforcement.” Tweet That— Dr. Warren Farrell

The Softer Side of Violence | IAN STRIMBECK
Next Post: Warrior Series