We all know the best view is at the top but, the reality is that it’s often the most difficult to get to. In other words, the view is earned. But, how often have we expected the view without the effort?

My guest today – and his second time on our show – is Aaron Walker, the author of View From the Top. Today we talk about the struggles of life, how to life a significant life, establishing boundaries and creating margin, and how to get that view from the top.

“Is it all about me or could it possibly be about others too?” Tweet That— Aaron Walker 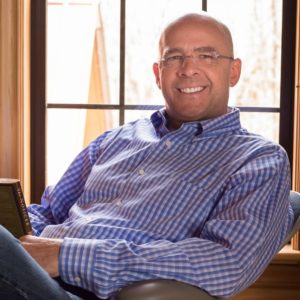 Guys, I’m excited to introduce our guest (back for a second time today), Mr. Aaron Walker.

He was on the show in the early days (Episode 35 to be exact) but today he’s here to talk about his new book, View From the Top.

Our previous conversation is one of my most downloaded episodes so when Aaron and his team reached out, I knew I had to have him on the show again.

This guy’s genuineness (which you’ll hear in the interview) and his energy is contagious. He’s overcome some major hurdles in his life – he talks a little about the fatal car accident he was in years ago – and has since gone on to create some incredibly powerful businesses and befriended some powerhouses like Dave Ramsey and Dan Miller (who has been on the show).

Today, he’s here to talk with us about how he did it and so much more.

“I believe in living life proactive, not reactive.” Tweet That— Aaron Walker

“Our families signed up to be taken care of and you need to be good at that.” Tweet That— Aaron Walker

View From the Top

“We’ve got to prioritize our priorities.” Tweet That— Aaron Walker

Gentlemen, just a quick pause to tell you about our elite brotherhood, The Iron Council.

Inside The Iron Council, we just wrapped up completing our Twelve-Week Battle Plans for the third quarter and I can tell you, the guys inside this brotherhood are going be doing some big things in the next 90 days.

It’s not too late for you to jump on board. The old way of doing your planning and goal setting just doesn’t work but, we have created an entirely new framework for identifying objectives, narrowing it down to actionable tactics, creating checkpoints along the way, and of course the accountability that comes from connecting with 300+ other motivated and ambitious men.

If you’re ready to learn a new way of build the life you’re after, I invite you to join The Iron Council at www.orderofman.com/ironcouncil.

“You’re saying ‘no’ to excellence in your life because you’re too lazy to say ‘no’ to things that don’t matter.” Tweet That— Aaron Walker

The Power of Red Teaming
Next Post: ASK ME ANYTHING