Our From the Archive series offers a detailed look at selected previous podcasts in order to give you a fresh take on the episode as well as some actionable notes.

The Side Hustle that became a business

Brett McKay is the founder of The Art of Manliness, which is a site that, if you haven’t visited already, you should have.  It’s a great complement to the work we do here at the Order of Man.  He started the blog in 2008, in his second year of law school.  He was at a bookstore browsing through the magazine stacks and thought that the men’s magazines were totally inadequate.  They focused on six-pack abs, clothing and vacations that no “ordinary guy” could afford, and sex tips for the hookup culture.  So, Brett set about to build a better men’s magazine, and just like that, the Art of Manliness was born.  By the time Brett finished law school the business around the site (the podcast, affiliates, sponsors) more than provided an income for him and his family, so he decided to ditch the lawyer path.

Brett discussed with Ryan the differing ways that boys became men in past ages and societies.  The most basic level was becoming a net provider – you were able to do things that provided for your family or tribe. Children – boys – were not able to do this.  Side-by-side was the notion of protector – again, both for your family and your tribe.  And elementally, you were also now able to procreate.  You’ll note that these values are very similar to our “Protect-Provide-Preside” core at OoM.

The challenge we face today is a rather prolonged adolescence.  Not only are people going to graduate school and taking foreign trips, and somewhat delaying their passage into adulthood, which today might be marked by a first job, or the purchase of a house, or marriage, but they are having personal crises about just how to do those things.

Brett believes part of the damage to our society has come from our worship of science.  We have chased science and technology and left behind ritual, tradition, and meaning.  Brett quoted Nassim Taleb from The Black Swan, “The opposite of manliness is technology.”  Science has now progressed to a point in which a stem cell can be taken from a female, turned into a sperm cell, and then used to impregnate a woman.  Technology has removed men from the equation, and what’s worse, Brett thinks that the way many men are conducting themselves is only exacerbating the situation: men are making themselves obsolete.

Brett articulates a vision that really resonates with us here at OoM: “Create a vision that resonates with men that want to do something good with that masculine impulse within themselves.”  Men are looking for direction that in past ages was provided by community or church.  Once you’ve obtained that direction, don’t navel gaze, or feel the need to journal or travel – but rather, DO.  If you focus on acting and move in a direction, opportunities will follow (or obstacles will appear, but either way, you’re not left with inertia).

Remember, this article is meant to simply highlight a few of the things covered in this episode and there’s much more of value to catch, including Brett’s discussion of some of the most popular AoM articles, his thoughts on parenthood, and Ryan’s perspective on goals and what OoM might look like in ten years (hint: the discussion revolves around “I don’t know” being an acceptable answer).  Please also take a moment to thank Brett on Twitter for his time.

This From the Archive episode was handpicked by our founder, Ryan Michler, from over 100 episodes, all of which you can find here.  If this article or episode helped you, please consider writing a review for us on iTunes, as that will allow more men to find out about our work.  Now stop reading and start doing! 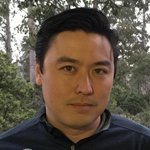