We all have men that we look up to. Today I’m excited to have a conversation with a man who has been a big motivating factor for me starting the Order of Man.

Mr. Brett McKay with the Art of Manliness joins me to talk about how we, as men, can return to our roots and recreate some of the rites of passages we once participated in, some common struggles we’re all working through, a few of the men we should be emulating, and what it takes to be a man in modern society.

“You have a lot of men thinking ‘am I really a man?’.” Tweet That— Brett McKay 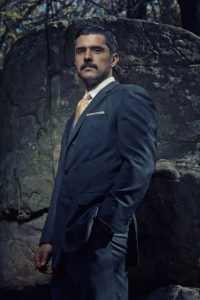 If you’re not familiar with Brett McKay and the Art of Manliness, you should be.

Brett McKay, the Founder of Art of Manliness, started the blog while attending law school and has quickly grown the site to become the largest independent men’s magazine on the web.

Brett will be the first to tell you that he is not the expert when it comes to being a man but prefers sharing some insights into manliness that have worked well for him.

He is the author of several books including The Art of Manliness, 30 Days to a Better Man, and Heading out on Your Own.

You can find him blogging and podcasting at Art of Manliness where they cover a broad spectrum of topics from things like How to Poop Like a Samari to Semper Virilis: A Roadmap to Manhood in the 21st Century (which we talk about in this episode).

“Men want an event that is filled with meaning, that signifies I am making progress in life.” Tweet That— Brett McKay

“There are a lot of men out there who are looking for meaning, purpose, and connection.” Tweet That— Brett McKay

Overcoming Struggle and Achieving Greatness with Jim Harshaw
Next Post: You Are Who Your Calendar Says You Are