But, regardless of what it might mean to be a man, I think it’s safe to say that every man has certain roles he will fulfill throughout his lifetime. And, how he executes in each of these roles will define who he is as a man.

My guest today, a man that needs no introduction, Brett McKay, joins me to talk about how masculinity has evolved over the past 50-100 years, the soft and hard skills every man should become proficient with, where our views of masculinity come from, and how you can master the six roles of the modern man.

“To become a man you had to become strong and display courage.” Tweet That— Brett McKay 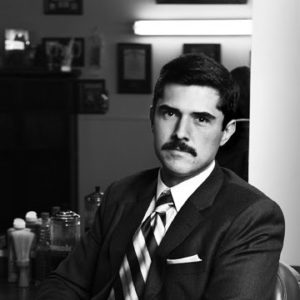 Today, I have the honor of introducing you to the founder of The Art of Manliness, Mr. Brett McKay.

I had him on the show over a year and a half ago and, since then, Brett has become a friend and a man who I know practices what he preaches.

If you don’t already know, The Art of Manliness, is the world’s largest online magazine dedicated to helping men develop the skills needed to succeed as men.

And, I think it’s apparent that Brett’s work is a major source of inspiration for my work here with Order of Man.

When I found out that Brett was launching a new book, The Illustrated Art of Manliness, I immediately reached out to him for round two of our discussion.

“Manliness is the culture we create to funnel masculine energy to productive causes.” Tweet That— Brett McKay

The Illustrated Art of Manliness

Gentlemen, let me just take a quick pause to tell you about our mastermind, The Iron Council.

When you join us, you’re going to be joining an exclusive brotherhood of men who are doing the work required to excel in their families, their businesses, their communities, and every other area of life.

Each month we focus on a specific topic and delve deep into that topic. We create the framework for the discussion and, more importantly, the action you’ll need to take to reach new heights in your life.

We’re going to give you the tools, the skills, the guidance, the direction, and the focus you need to make more money, connect with your wife and kids, launch that business, lose that spare tire, and just about any other goal you may have right now.

If you’re interested in learned more about The Council and claiming your seat at the table, you can do that at www.orderofman.com/ironcouncil.

“You can’t have manliness without risk. Adventure is a chance for men to prove themselves.” Tweet That— Brett McKay

“Men need to be competent in the skills that make them useful.” Tweet That— Brett McKay