Somewhere, at some point, men began to believe that we are meant to go at it alone. The reality paints a different picture and illustrates how critical it is for each of us to learn to connect with others.

Whether you’re trying to connect with people professionally or personally, my guest, John Corcoran, shares with us why meeting face-to-face is so critical, how to reach the people you admire most, the differences between networking professionally and personally, how to get out of your own head, and how you can become a better connector.

“You can support your business and career by bringing people together.” Tweet That— John Corcoran 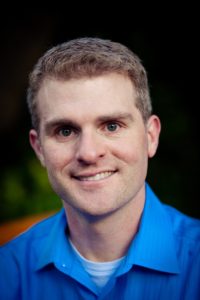 Gentlemen, I am honored to introduce you to my guest today, John Corcoran.

John is someone I first learned about as I started Order of Man and, since then, I’ve had the opportunity to connect with him a bit more.

When I initially reached out to John, he was unavailable for an interview but, he did introduce me to Michael Port with Heroic Public Speaking and Jordan Harbinger with the Art of Charm (both of whom I had interviews with) and I can tell you that this is a man who practices what he preaches when it comes to being a better connecter.

In fact, through his skills and abilities as a networker and connecter, John landed a job as a writer in the Clinton Whitehouse and, of course, has gone on to do so much more.

He is the founder of the Smart Business Revolution where he teaches business owners and entrepreneurs some of the same stratgies we’re going to be talking about today and how each of us can and should become better connectors.

“You need to be firmly establishing relationships in the event that setbacks happen.” Tweet That— John Corcoran

I already mentioned the Iron Council earlier in the show but I wanted to give you a little more specifics.

Each month, we cover an entirely different topic that is going to help you become a better man. Each member of the Iron Council is then given the chance to ask questions, explore that particular subject, and given the guidance and direction to help him be more effective in that area of life.

This month we’re talking all about time management. You know as well as I do, each and every one of us has the same amount of time in any given day. I have learned a ton about how to be most effective with my time. And, if there’s one thing I’m good at, it’s getting the job done.

That’s what we’re talking about this month. You’ll get the guidance, the tools, the direction, the information, and the accountability you need to be more productive in your life.

You can learn more about us at www.orderofman.com/ironcouncil. We hope to see you there.

“Build a network before you need it because once you need it, it’s too late.” Tweet That— John Corcoran